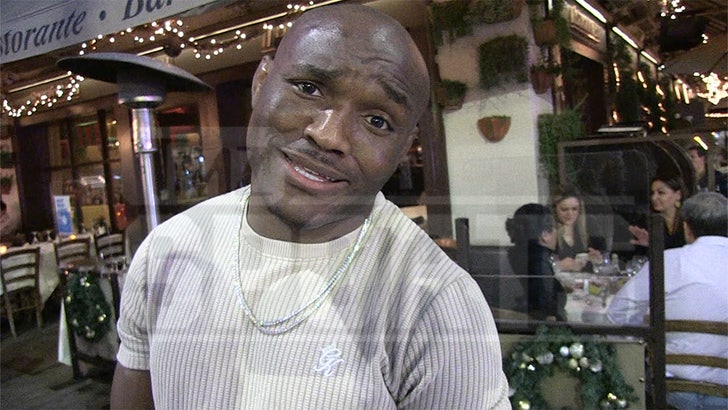 We shot the UFC welterweight champ Thursday night at Il Pastaio in Beverly Hills, and we asked the 34-year-old fighter ... "who's a name that interests you?"

We then asked Usman about Dana White's recent comments, following Canelo's latest KO win over Caleb Plant, where the UFC president said "[Kamaru] doesn't want to fight Canelo" -- because Alvarez is so damn dangerous in the ring.

But, Usman isn't letting that stop him.

"That's Dana, but I'm fighting. Dana's boss man, but I'm the one who's fighting," Kamaru says.

Prior to that Plant fight, we recently talked to the 31-year-old, and asked the boxing superstar if he was interested in boxing the top pound-for-pound MMA fighter in the world.

Canelo didn't exactly slam the door ... but told us he was focused on solidifying his resume as one of the greatest fighters ever.

If the men do fight ... make no mistake, Kamaru isn't doing it just for a paycheck. He straight up believes he can beat Alvarez. 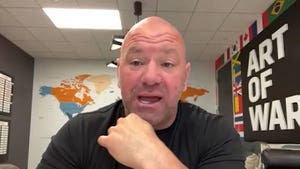 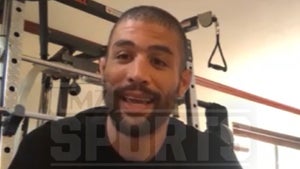