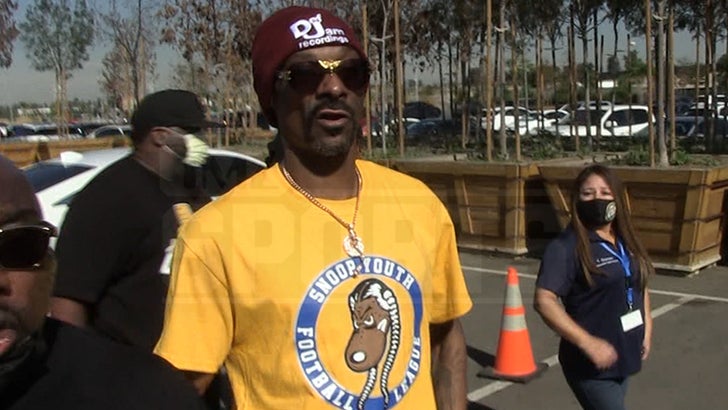 The AFC and NFC champs won't have to travel far for the Super Bowl this year ... 'cause Snoop Dogg tells TMZ Sports he thinks the Rams and Chargers will face off in the big game!!!

Of course, D-O-Double-G will be front and center at SoFi Stadium on Feb. 13 -- he's headlining a massive halftime show alongside Kendrick Lamar, Dr. Dre, Eminem and Mary J. Blige.

Since he's part of the party, we had to ask which teams will be duking it out on the field on Super Bowl Sunday ... and Snoop thinks it's gonna be a battle of the City of Angels!!!

As for the performance, Mr. Dogg doesn't reveal any secrets ... but we can already tell he's got some crazy stuff prepared. 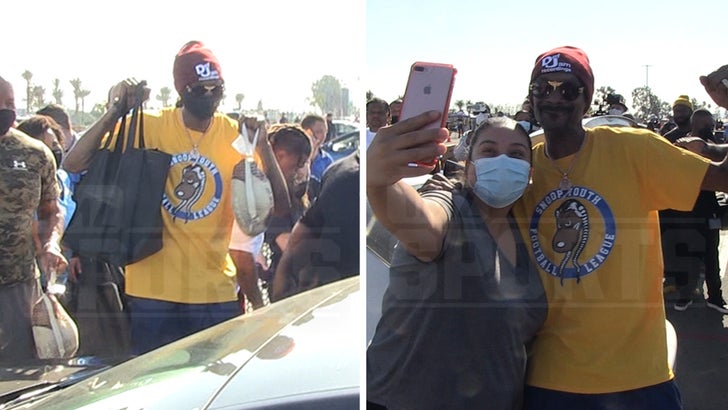 BTW, Snoop was giving back to the community when we chopped it up with him -- the rap legend was handing out 2,500 turkeys in Inglewood alongside the Rams and Chargers.

Snoop was definitely into it -- he was dancing and hanging out with folks throughout the day ... while his own music blared in the background.