Vita Vea -- Tom Brady's teammate and arguably the Bucs' best defensive player -- needed both an ice bath AND a trip to the dentist after Tampa's game Sunday ... 'cause he lost a tooth in the middle of a play!!!

The gnarly scene all went down in the second quarter of the Buccaneers' contest with the Indianapolis Colts -- when Vea's helmet got dislodged while rushing the quarterback.

Vita Vea just lost a tooth and is laughing it off 😳 pic.twitter.com/ajSSiPHICS

You can see in footage of the play, as Vea was putting pressure on the passer -- a Colts O-lineman stuck his helmet right into the big nose guard's mouth ... causing a tooth to pop out!

Cameras caught the little piece of Vea flying out of the 6-foot-4, 346-pounder's face -- and, yeah, it was gnarly.

Vea, though, took the shot like a champ -- and, in fact, when he got to the sideline, he was all smiles ... drinking water and laughing with teammates!!

Bruce Arians: “Nobody runs the ball on us. I don’t care who the hell you are.”

Harsh -- but something tells us based on the photo Vea took in the locker room after the game that he'd probably agree. 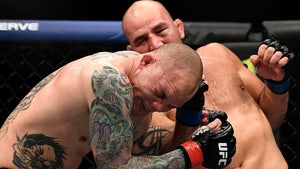 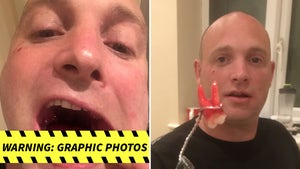