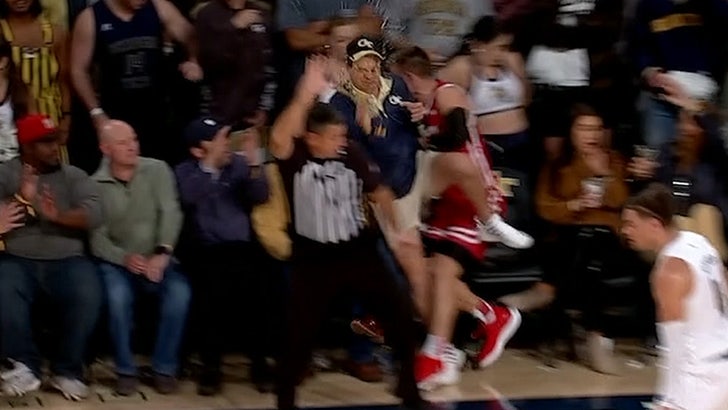 Pour one out for this fan's beer -- 'cause one unlucky courtside spectator got leveled when a player dove for a loose ball on Wednesday ... and lost his drink in the process!!!

It all went down with 3 minutes left in the Georgia Tech vs. Wisconsin game ... when 6'4" guard Brad Davison tried like hell to keep the ball inbounds with the Badgers up 65-61.

In the effort, Davison ran right into a Tech fan in the front row ... sending the guy into the laps of fans next to him before hitting the deck.

To make matters worse, the guy was holding a brew at the time of impact ... which naturally went flying into his face and all over his clothes!

Unfortunately for Davison, his foot was already on the line ... so the whole thing was all for naught.

But, everyone involved appeared to be okay -- the fan even dapped up and hugged Davison before play resumed.

Hopefully, someone got the dude a towel. 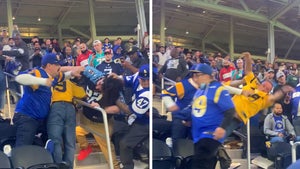