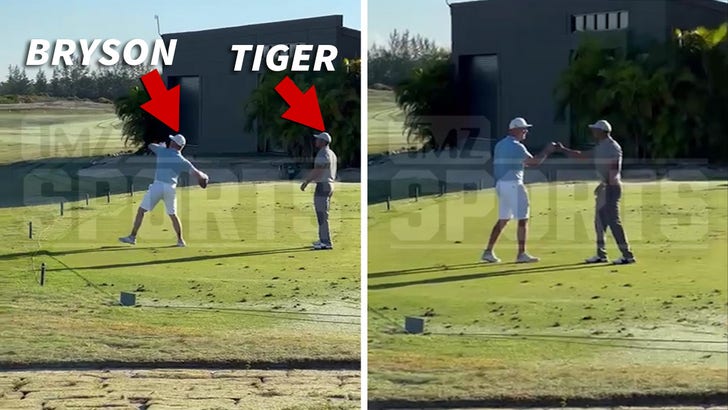 Tiger Woods might not be healthy enough to play a full round of golf -- but his leg is certainly feelin' good enough for him to bro down on the range with Bryson DeChambeau!!

TMZ Sports has obtained video of the two golf superstars goofin' around with a football on a practice course in the Bahamas on Wednesday afternoon ... and it ain't hard to see Woods is in great spirits.

Bryson was firing footballs off a tee box -- and Woods was loving it, dappin' up his golf buddy and then playing a little catch with him too.

At one point, Tiger put a little too much heat on a toss to Bryson ... and, yeah, watch the clip, DeChambeau needed a second to recover.

Of course, it's all just another good indication that Woods' life is turning back to normal just nine months after he nearly lost his leg in a violent car crash in Los Angeles.

As we reported, Woods has said several times this week that he's doing well -- and he is, in fact, trying to make a comeback to the PGA Tour.

But, Tiger noted there's still a long recovery process to go ... adding that he'll likely never be a full-time pro again due to everything his body's gone through.

Wednesday's sesh with Bryson, though, shows it's clear the game of golf and its star players are better when he's around -- and that's something we're all here for, whether he wins another major or not. 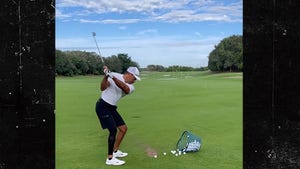