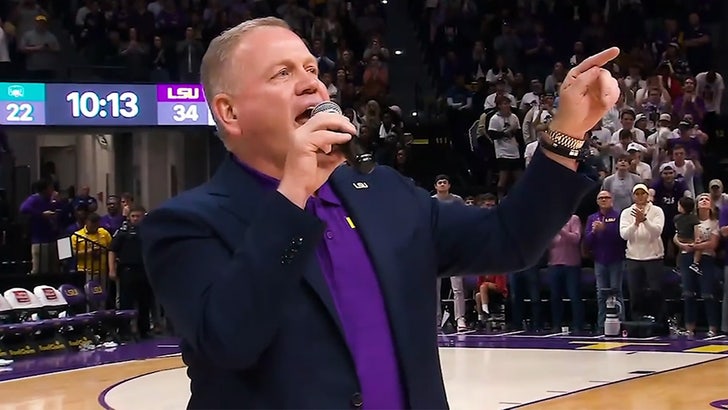 LSU's newest head coach -- who was born and raised in Massachusetts -- suddenly has the whole southern thing figured out ... showing off a shocking new accent while speaking with Tiger fans at a basketball game on Wednesday.

"It's a great day to be a Tiger," Kelly said ... sounding more like a guy raised on gumbo than New England clam chowder.

"I'm here with my family and we are so excited to be in the great state of Louisiana. But more importantly, to be with you great fans and to be part of what is going to be an incredible ride here at Louisiana State University."

Listen specifically to the words like "day" and "family" -- the speech had the internet on fire ... with some even digging for clips of Kelly earlier this week to compare.

The whole thing sounds like Frank Caliendo on a bad day ... but you can tell Kelly put a huge emphasis on not coming off like a guy who just spent the past 30-plus years in the Midwest -- even working on his cadence to really try to bring it home.

Tiger fans either haven't heard Kelly talk before or were simply too excited to have Coach in BR to care about the accent ... after all, the guy said he can't wait to start winning natty's.

"That's the standard, that's the expectation," he told the crowd. "We knew that coming in. We don't apologize for it. We know it's hard work. We know there's great teams in the SEC, we respect them. But, this is LSU. Geaux Tigers."

Not trying to dog the new guy at all, but his "Geaux Tigers" simply doesn't compare to former coach Ed Orgeron ... but luckily for Kelly, accents alone don't win football games. 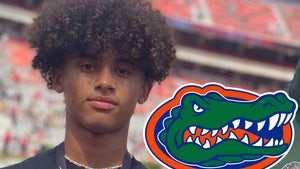 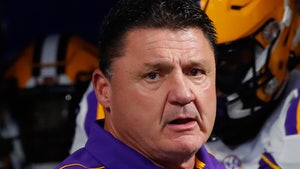 You Might Want to Rethink Humor TMZ Sports NCAA Football