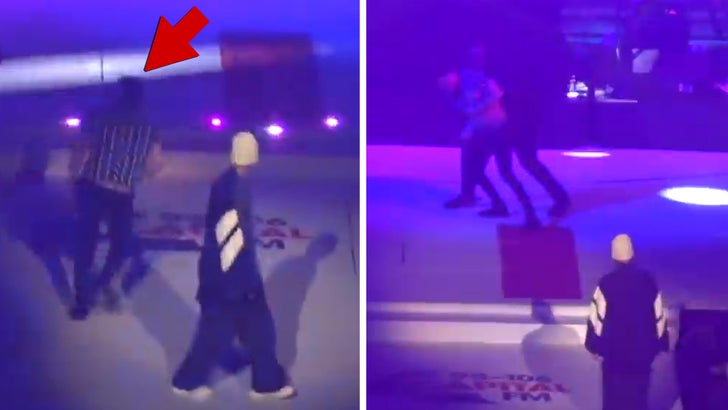 Justin Bieber was left exposed -- if only briefly -- after a fan jumped on stage with him during a performance ... something that got smothered quickly by the muscle on hand.

The pop star was in the middle of singing 'Intentions' Saturday across the pond at the O2 arena ... where he'd been booked for the Jingle Bell Ball as one of the marquee acts. All was going fine -- that is, until some dope decided to pull a stunt. 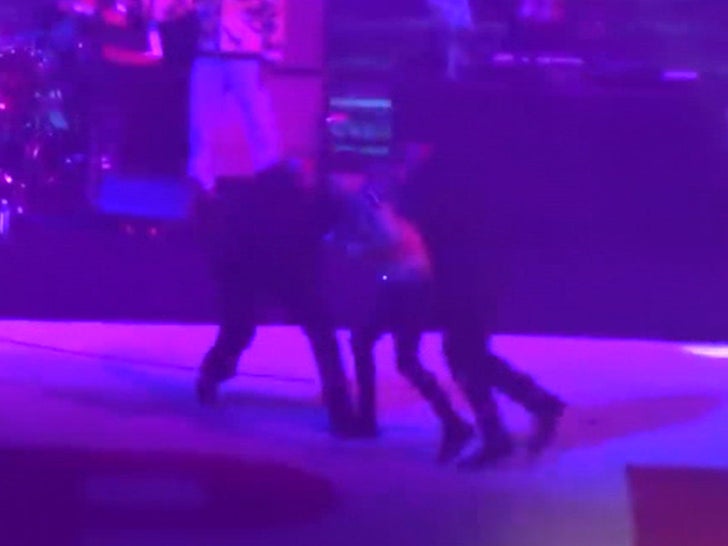 Check it out ... the guy hoists himself on the platform and appears to attempt a selfie from the back, but it doesn't look like he was successful. Within seconds, security was on his ass, sending him scrambling in the background.

You see Justin react to all the commotion, but it's unclear to what extent he realized something crazy was going down -- 'cause it all unfolded quickly. Still ... you gotta imagine he's grateful for the watchful guards doing their job, otherwise, it coulda been scary.

JB carried on with his set ... and seemed to have somewhat of a better reaction than Maroon 5's Adam Levine did a couple months ago, when he too was bum-rushed in a similar fashion.

Granted, that incident was a lot more up close and personal than this ended up being -- so who knows how Justin would've responded to actually being touched. A good rule of thumb for over-eager spectators ... stay down below and take it all in from a distance.

Ya might be an artist's #1 fan, but they'd prefer if you were at arm's length. 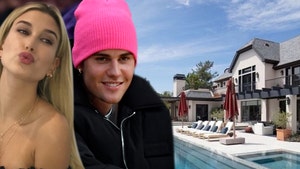