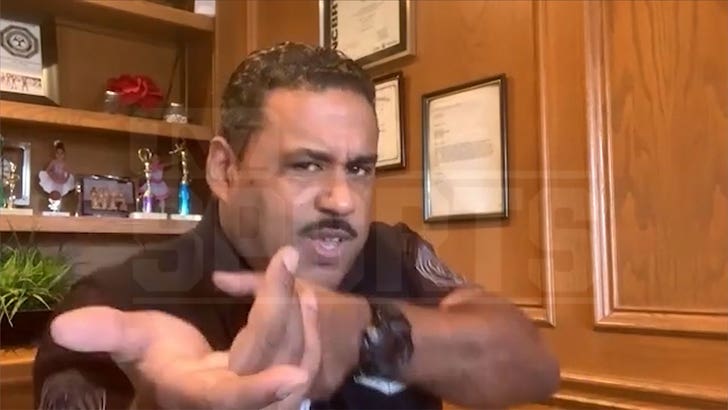 Odell Beckham Jr.'s touchdown celebration during "Monday Night Football" has earned himself an "absolute 10" -- so says the internet star he was mimicking, who tells TMZ Sports the whole moment was amazing!!

OBJ caught his third tuddy as a Ram during LA's win against the Arizona Cardinals ... snagging the score in the second quarter of play.

Beckham decided to celebrate the TD by doing some viral self-defense strategies made popular by Commander Dale Brown of "Detroit Urban Survival Training" (if you have TikTok, you've definitely seen this guy).

We spoke to Brown about the touchdown tribute ... and he says he loved every second of it!!

"I'm still moved!" Brown tells us. "I'm getting messages from across the country. People sending me all kinds of memes connected to that. It's great, literally. I was literally shocked."

In fact, Brown was impressed at how well the NFL receiver did the maneuver ... and if he had to rate it, he'd give OBJ a perfect score.

Third TD in as many games for OBJ 🔥

"Outstanding showing an actual technique that can actually help save people's lives. That's great and that's what it's all for."

BTW -- Brown founded Detroit Threat Management and Detroit D.U.S.T. to help people protect themselves in a non-violent way ... and he's happy his training videos get out to the masses -- even if they're turned into memes.

"Anywhere we can get it out there -- through humor or, in this case, a world-class athlete that the world respects -- and actually showing it, is outstanding," Brown tells us.

"Sports athletes are a great way to do that, to bring the message forward to the entire country."

After OBJ brought more limelight to Brown's cause, he hopes to connect with the 3-time Pro Bowler to show him more moves ... and maybe collab on a training course.

"We'll be out in LA and I hope to come in contact with him," Brown says. "I can actually show him the tactic in real person." 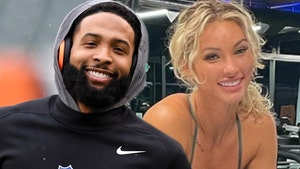 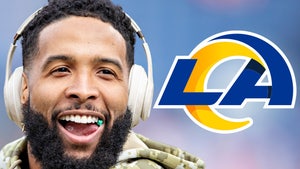