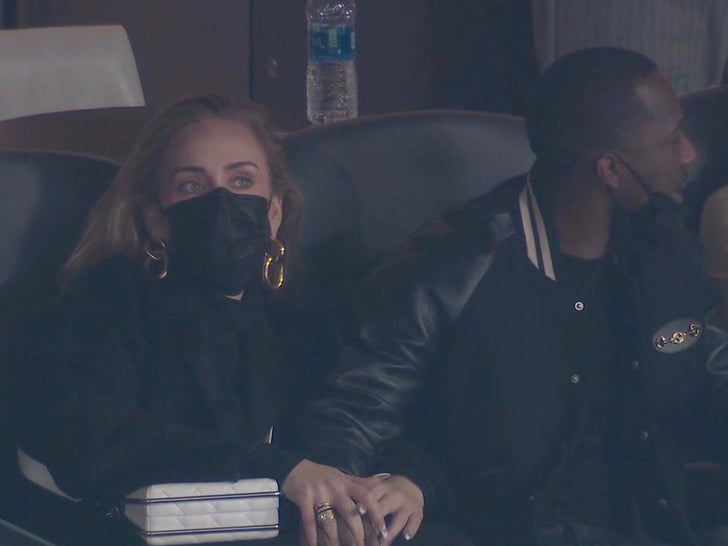 Adele and Rich Paul couldn't keep their hands off each other at the Chargers vs. Chiefs game on Thursday ... cuddling up in a suite and hanging with Jay-Z and Maverick Carter.

The Grammy-winning crooner and sports mega-agent were spotted on cam during the second quarter of Thursday Night Football ... and the couple was in full PDA mode as Hov and LeBron James' business partner sat right next to them. 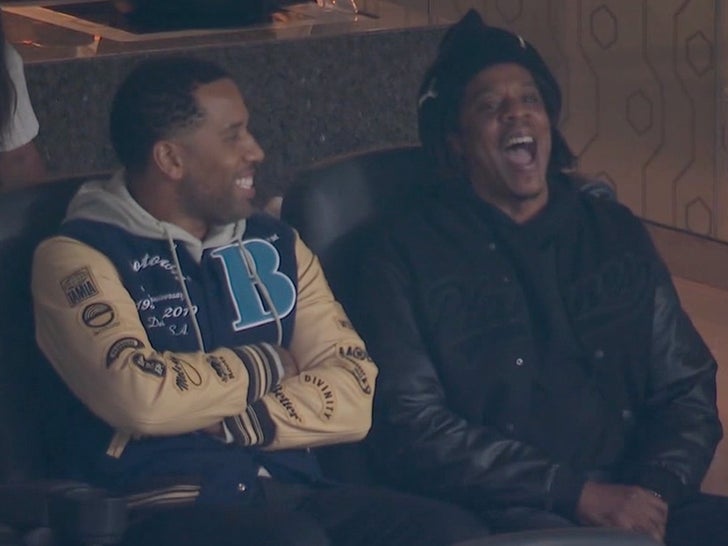 Speaking of Bron, the Los Angeles Lakers superstar seemed to have some serious FOMO as his two closest friends hung out with the big musicians -- posting a playful response to a pic of the suitemates on Twitter.

It's gotta be a bummer James had to miss out on the fun -- he's always been a HUGE Hov fan and loves to catch a football game from time to time.

But, with the Lakers facing off against the Minnesota Timberwolves on Friday, it makes sense why he had to sit this one out. 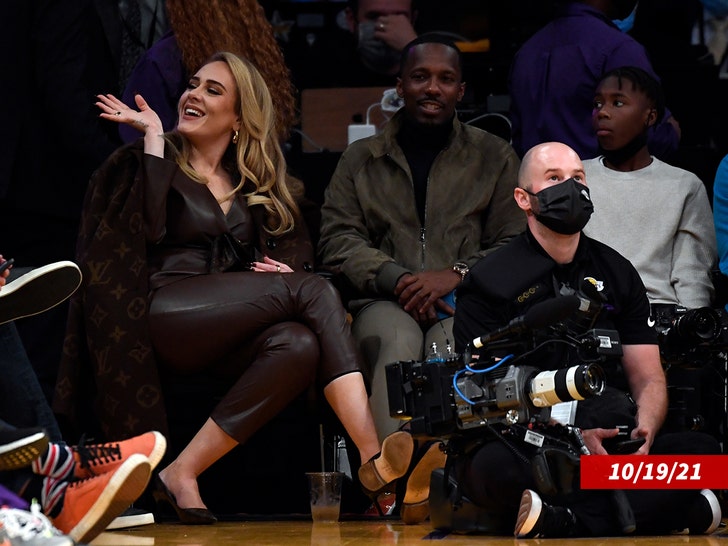 Adele and Rich have been inseparable since going public earlier this year -- hitting up parties, sporting events and everything else together.

Remember, Hov helps put together the Super Bowl halftime show ... so maybe Adele is up next for SB57 in Arizona?? 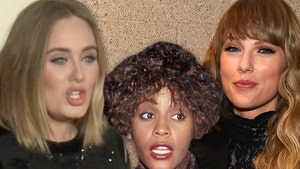