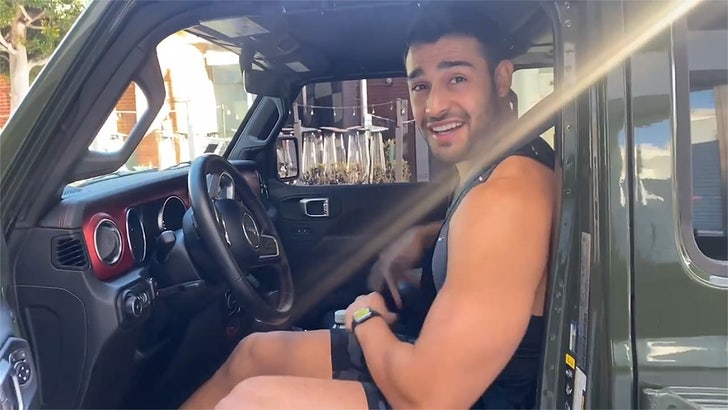 Britney Spears and Sam Asghari are going to be busy this holiday season -- not so much under a tree ... but under the sheets, more like.

BS's fiance said exactly that to a pap who caught him on his way home from the gym this week, asking what he and Brit had planned for Christmas. His answer is short and to the point ... telling the photog, we'll be baby-making.

Watch, it sounds like the pap can't believe what he heard -- so he makes Sam say it again, and the guy annunciates clearly this time ... just so there's no confusion.

While his honesty might be a little surprising on its face -- the plan to expand their family isn't a shocker to those who've been following along ... as Sam and Britney have made it clear over and over again these past few months that they want kids.

Part of the reason they haven't been able to up until now -- at least according to Britney -- is because of the constraints of her conservatorship ... but now that she's out of that, they can presumably proceed unfettered, and it sounds like that's exactly what they're going to do.

Brit's baby fever has been quite apparent to her fans ... just last week, she posted a video of herself cradling what appeared to be a baby while feeding it, but it wasn't real. Her mommy vibes, though, were ... and she even tagged Sam to thank him before they get their own.

We also know what sex Britney wants coming out of the oven ... in an ideal world, it'll be a girl.

Better get to it, you two ... those babies aren't gonna make themselves!!! 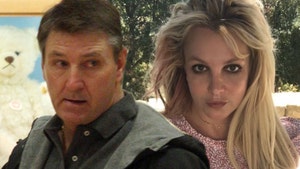 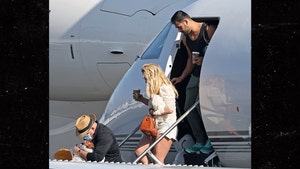 Britney Spears and Sam Asghari Back in L.A. After Birthday Fun