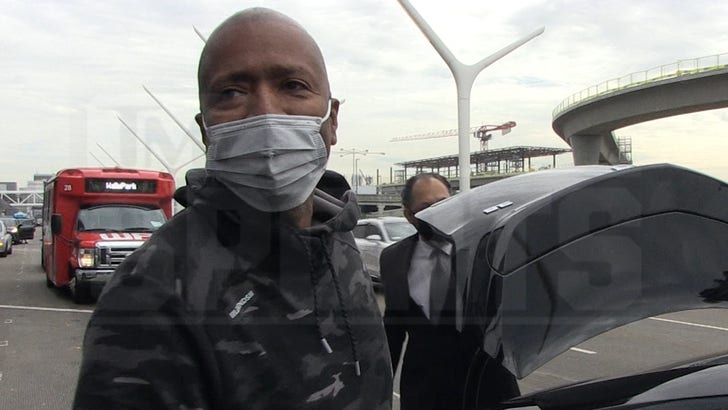 Kenny "The Jet" Smith says the NBA should do their best to keep playing through the spike in COVID-19 cases ... but tells TMZ Sports if fan safety becomes an issue, ya gotta consider pausing the season.

We asked the former Rocket great if the league should follow the NHL's lead and pause their season ... and he says if the outbreaks are only affecting the players, the show must go on.

"No," Smith said at LAX. "I mean, the thought process should always be for the society, for the fans. It's not for the players. So meaning, we're just a part of society."

The NBA champ adds that although the money these games bring in is important, it ain't everything ... and if spectators are getting sick as a result of being close to each other, then the league needs to reconsider postponing the season.

"So, if society needs to shut down because of proximity, because you're in arenas, yes. But just because of players, no."

"It's the lives that matter," Smith says. "So, if the games itself are causing people to get COVID, then you have to think about pausing."

There's more -- we also asked the "Inside The NBA" analyst if it was a bad look that LeBron James walked into the arena with a cigar in his hand ... and he told us that he was in disbelief.

"You can't lose when you walk in with a cigar," Smith said. "And if we lost to them with a cigar, I'd be upset."

"It shows that he's not thinking about us," he added.

Kenny points out Celtics legend Red Auerbach would spark a stogie on the bench after wins .. joking maybe that's what LeBron was planning to do.

Of course, the Lake Show lost that game to Phoenix by double-digits, 108-90 ... and it sounds like Kenny wants Bron and Co. to secure a W before bringing out the cigar next time. 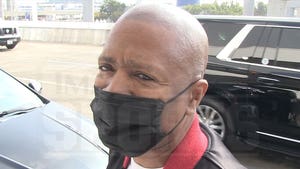