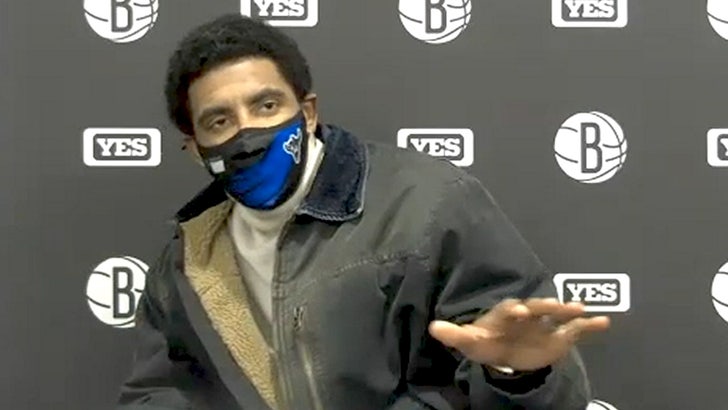 Kyrie Irving was not pleased with Nassir Little Monday night -- the Brooklyn Nets star claims the Blazers forward could have seriously injured him while diving for a loose ball in the middle of the game ... calling the move "unnecessary."

Check out the play -- both players were trying to secure possession during the 4th quarter ... when Nassir dove to the floor, causing Kyrie to land awkwardly while trying to avoid stepping on Little.

Irving tweaked his ankle as a result ... but managed to finish the game. He spoke with reporters about the moment during postgame interviews ... saying it was a "bad" play.

"I tried to get out of the way, but I just felt like that was just unnecessary," he said.

"For him to dive that far to the ball, I just tried to get out the way. Just an unnecessary play."

Here is the diving play by Nassir Little that Kyrie Irving felt was ‘unnecessary.’ Irving rolled his left ankle but finished the game and said he’ll be available for Chicago. pic.twitter.com/4qOkQpEl6j

Kyrie -- who's only playing in Brooklyn's road games at the moment due to his COVID-19 vaccination status -- says he spoke with refs ... telling them they need to do a better job of protecting players.

"I could have broke my ankle or done something worse," Irving said. "Not a good play. No place for that in basketball."

"I get the intent from Nassir, but it could've been avoided. All good, we move on."

Little got wind of Irving's comments ... and doubled down on the play via Twitter.

"I would never hurt someone on purpose, I have the utmost respect for Kyrie!" he said. "But y'all are delusional if you think this is a bad play, and id do it again."

"Idgaf what y'all talkin about."

Despite the tweaked ankle, Irving says he'll be ready to go when the Nets take on the Chicago Bulls on Wednesday. 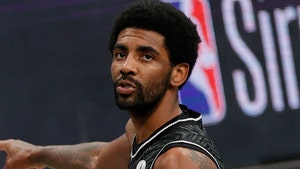 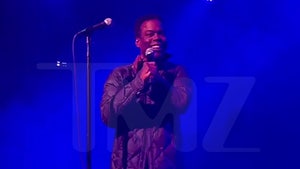