Mike Tyson vs. Jake Paul?! In a boxing ring?! Well, despite a report the men were deep in negotiations to fight, Iron Mike says it flat out ain't true.

The 55-year-old former undisputed heavyweight champion of the world took to his Twitter page to shoot down the news.

"This is new to me. I just saw Jake in St. Barths and he never mentioned it," Tyson wrote on the social media platform.

Mike was responding to a story published by The Sun on Monday ... where the outlet said Mike and Jake were in "advanced talks" for a $49 million boxing match.

Tyson and Paul do know each other. In fact, Jake became a boxing star on the undercard of an Iron Mike fight ... when the heavyweight stepped in and fought Roy Jones Jr. in November 2020.

Since, Paul's gone on to KO MMA champ Ben Askren in the first round of their fight ... before beating former UFC champ, Tyron Woodley twice (once by brutal knockout).

Not to mention, Jake just turned 25-years-old TODAY ... meaning Mike is more than 30 years his elder. Also, Paul fights professionally ... and any bout with Tyson would in all likelihood be an exhibition. 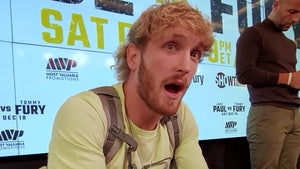 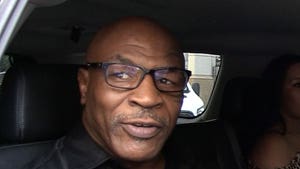