It's been seven years since Deflategate, but Aaron Rodgers clearly hasn't forgotten about it -- 'cause the dude is STILL taking jabs at Tom Brady over the scandal.

The Green Bay Packers superstar was doing an interview with Sportsnet when he unleashed the zinger ... commenting on the feeling of a football that was handed to him.

"This is too firm for the Patriots," Rodgers said.

Get it? 'Cause Brady (allegedly) deflated Patriots' footballs in the 2015 AFC Championship game in order to gain an edge on the Colts?!

Don't worry ... Rodgers clearly had no malice behind the comment -- he and Brady have a good relationship, and Rodgers even smirked toward the camera while making the quip.

It's still possible, though, that Brady gets the last laugh on Aaron this month ... because if both the Packers and Buccaneers win this weekend, they'll play in the NFC Championship Game the following weekend. 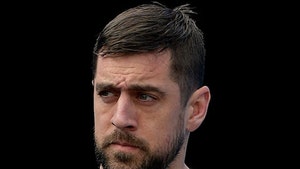 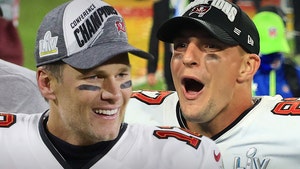