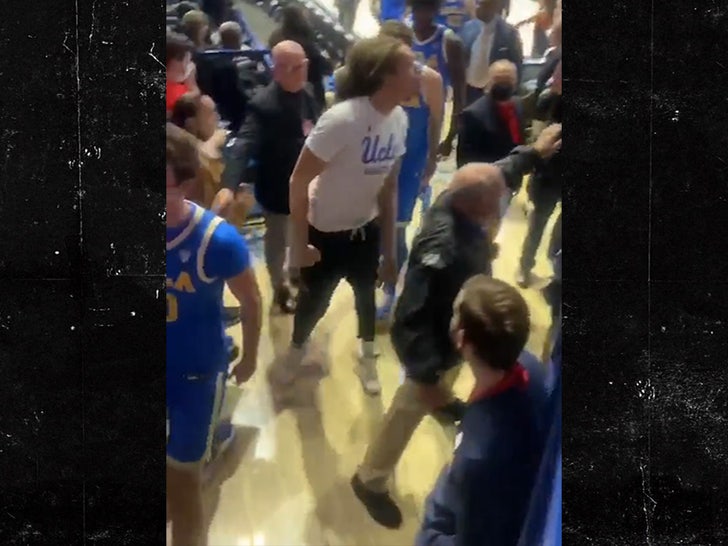 Mac Etienne -- a forward on the UCLA men's basketball team -- was reportedly cited by cops Thursday night after he appeared to spit on fans following the Bruins' game against Arizona.

Just after UCLA fell to the Wildcats, 76-66, at the McKale Center ... cameras appeared to capture Etienne, a 6-foot-10 redshirt freshman, getting into it with U of A fans.

In the video, Etienne can be seen exchanging words with people in the stands ... before he appeared to spit at them twice. The footage shows officials then grabbing Etienne and hurrying him away from the scene.

According to the L.A. Times, University of Arizona police found and cited Etienne a short time later. The outlet reported Etienne was not detained, though, and was allowed to leave the city with the rest of his team that same night. 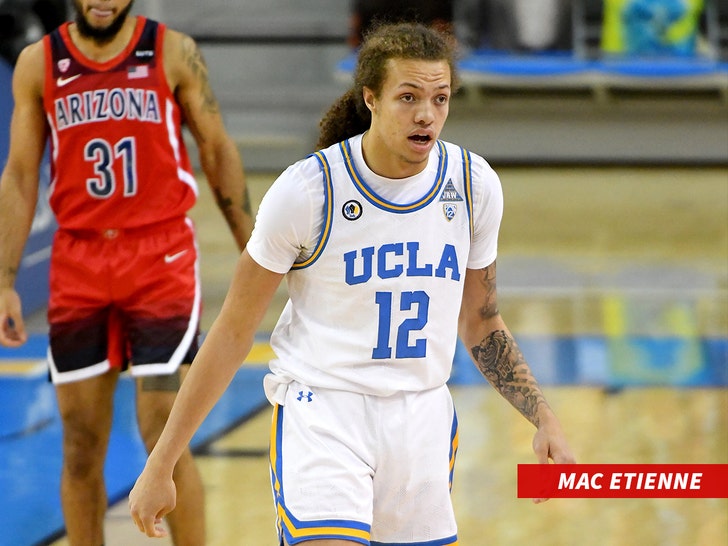 "UCLA Athletics is committed to and expects the highest level of sportsmanship," a spokesperson for UCLA men's basketball said in a statement to the Times. "We are aware of the incident involving a student-athlete at tonight's men’s basketball game, and the matter is under review."

We've reached out to cops for comment, but so far, no word back yet.

Etienne is sitting out this season because of an injury. He played in 13 games for the team last season, starting one. 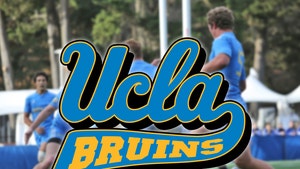