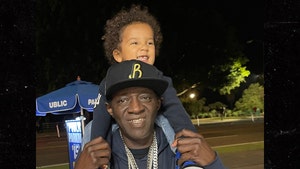 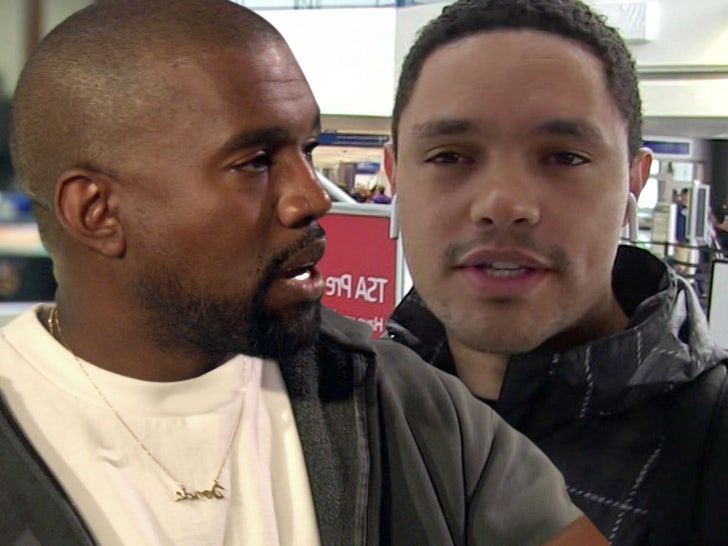 Kanye West is turning his anger toward Trevor Noah now ... firing off a racial slur after Trevor warned Ye and Kim Kardashian's feud could turn violent.

He said while it's true Kim loves publicity, it can also be true that she's being harassed by her now ex-husband.

Trevor compared it to his own mother getting shot by Trevor's stepfather ... and suggested society stop making jokes about Kim and Ye's divorce. He added, "Do we wish to stand by and watch a car crash when we thought we saw it coming?" 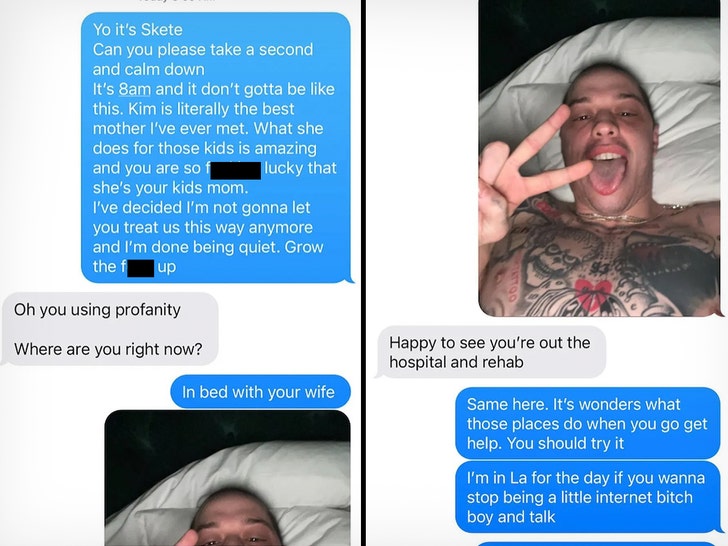 Kanye's racist rebuttal to Trevor's commentary comes days after he posted an angry video accusing Kim of keeping their kids away from him, and Pete and Ye's text exchange ... where Pete allegedly said he was "in bed with your wife."

No doubt, the heat's turning up. For everyone around Kanye. 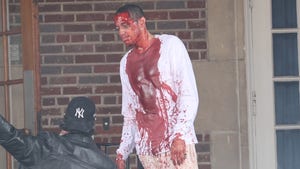 Pete Davidson Covered in Fake Blood for New Movie, Not a Kanye Video 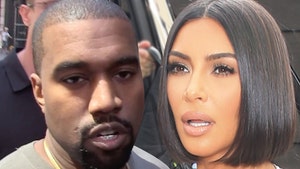