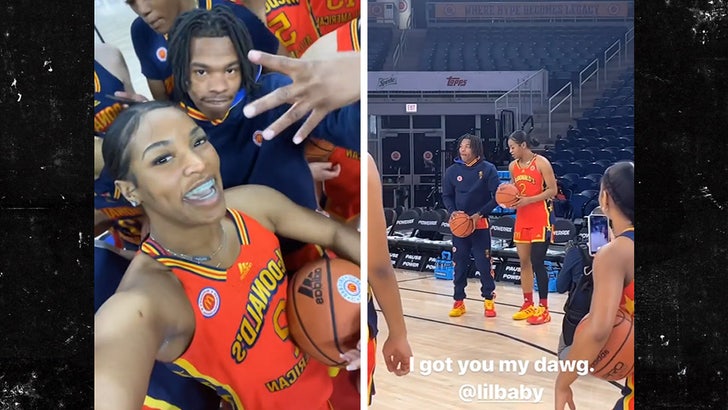 Lil Baby knew where to go for jump shot rehab -- the McDonald's All-American Game in Chi-Town -- featuring 24 of the best girls basketball players in the country ... where Baby got tips from future Duke University star Ashlon Jackson.

Baby was at the All-Star game in Chicago to perform during the halftime show of the high-profile sporting event Tuesday night. But, before the "Drip Too Hard" rapper performed, he took pics with the players and hoisted up a few shots. 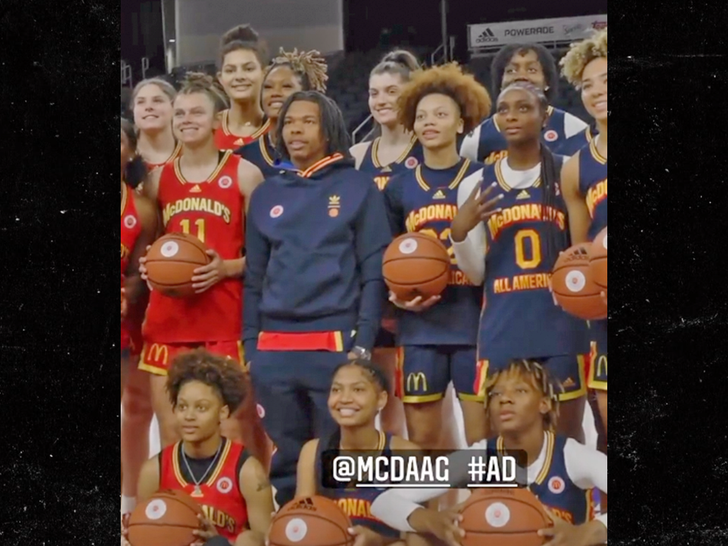 5-star guard and Duke recruit, Ashlon Jackson, ranked the 16th best player in the nation, posted a video of her and Baby shooting around ... and with help of the sharpshooter, the hip-hop stars' J looked on point.

The video shows Jackson working on Baby's form and follow through ... before he proceeded to knock down a long jump shot.

And, Baby went to the right person for help. Ashlon who won the McDonald's 3-Point contest. 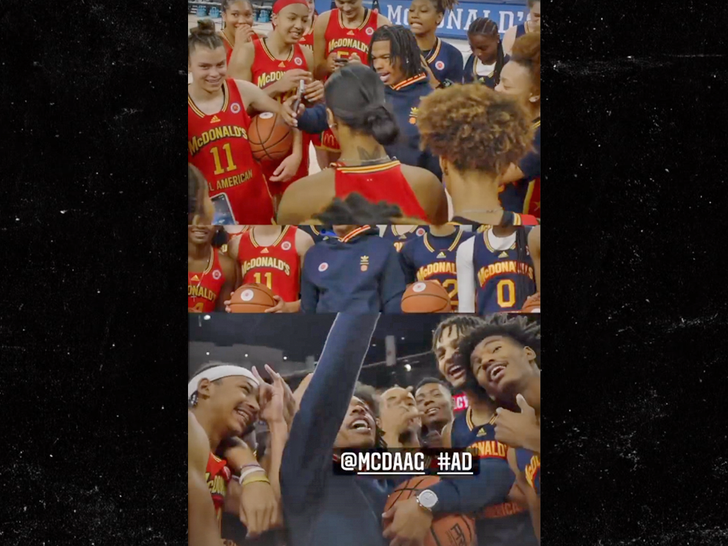 Baby clearly appreciated the advice ... and posed for a ton of pics with players and coaches.

Of course, we've seen Lil Baby in action before ... when he played with fellow hooping rapper 2 Chainz in a game against Quavo & Jack Harlow in a 2-on-2 charity basketball game. Baby and 2 Chainz -- who played college basketball -- lost 21-7, and the Internet let Baby have it for a perceived lack ok skills. 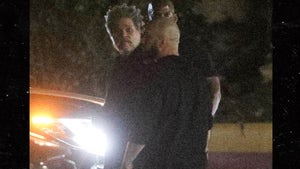 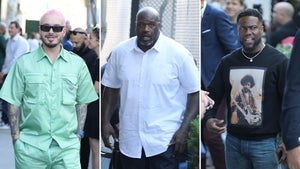