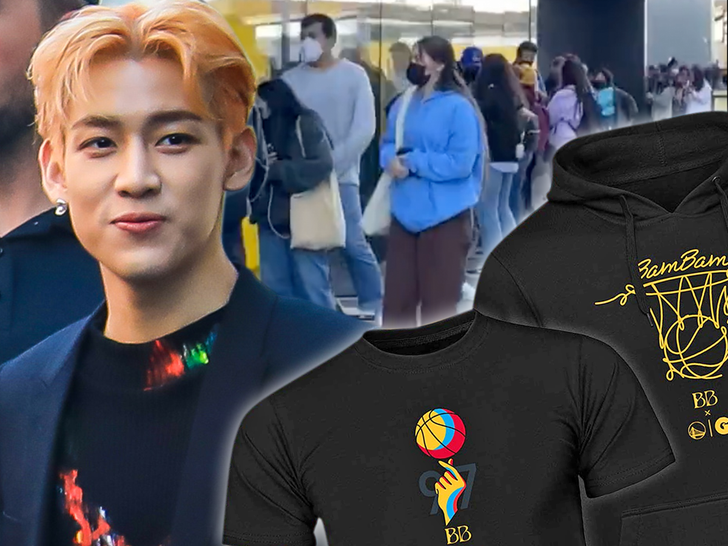 K-Pop superstar BamBam and the Warriors are teaming up once again -- this time, the GOT7 rapper released a merch collab with his favorite NBA squad ... and a huge group of Warriors fans gave up their Wednesday morning to get their hands on it!!

Remember, BamBam -- the Warriors' global ambassador this season -- helped GSW hooper Andrew Wiggins secure a spot in the All-Star Game in February ... calling on his millions of social media followers to vote for the 27-year-old forward.

BamBam's newest Dubs collab is proving to be just as successful ... with a long line forming outside the Chase Center team shop as fans try to snag the exclusive merch.

The shirts and hoodies feature a yellow, blue and red basketball being held up by the iconic K-Pop finger heart, as well as the BB logo and his favorite number -- 97.

There's also another design with BamBam's name, #97 and a ball going through a hoop.

The merch drop comes one day before BamBam's performance during halftime of the Dubs' matchup against the Los Angeles Lakers ... which is believed to be the first K-Pop performance in NBA history.

While the shirts and hoodies are awesome, fans might have also been trying to be one of the lucky customers to snag a meet and greet with BamBam himself!! 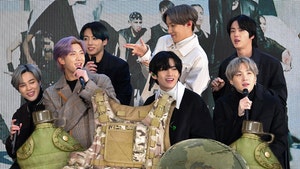 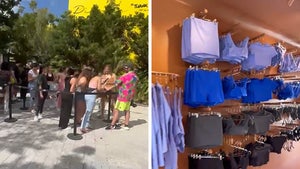