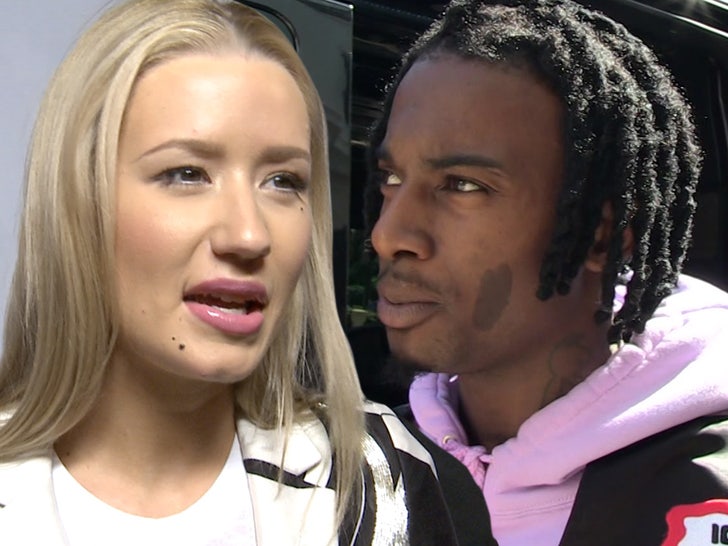 Iggy Azalea stopped short of a Twitter meltdown in reaction to Playboi Carti's claims in a new interview.

The New Zealand-born rapper, who shares a 2-year-old son with Playboi Carti, reacted to his claims that he paid her bills and took care of her.

Carti -- who's gearing up for the follow-up to his 2020 Billboard-topping album, Whole Lotta Red -- rarely does interviews but is on the cover of the new XXL magazine and gave Iggy Iggz plenty of props as a mother. 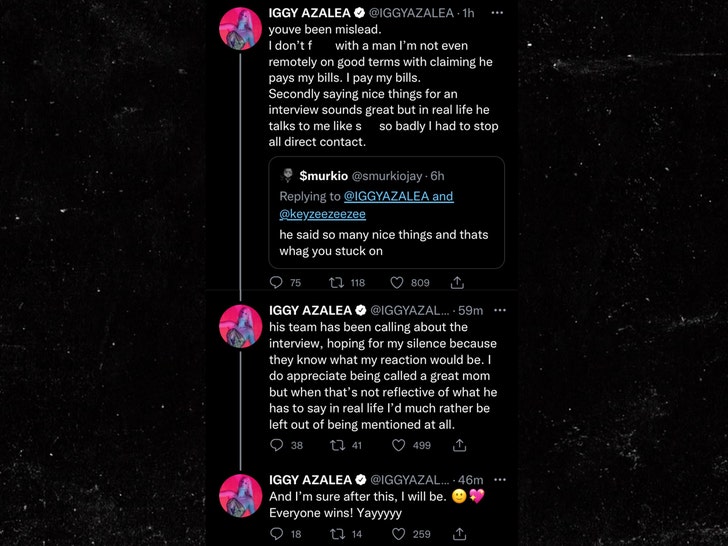 But, what really set her off was when Playboi Carti insinuated he paid her bills ... and the bombshell revelation their verbal communication ended because she claims Carti speaks so extremely badly to her.

The unfortunate twist is fans have seen this before. When Carti was poised to get the Billboard crown with WLR circa Christmas 2020, Iggy Azalea played the role of the Grinch in Vampville by outing him for spending more time with a mistress than his then newborn son.

Look for Carti's new album Music to help straighten out the facts. Maybe. 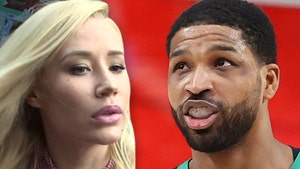