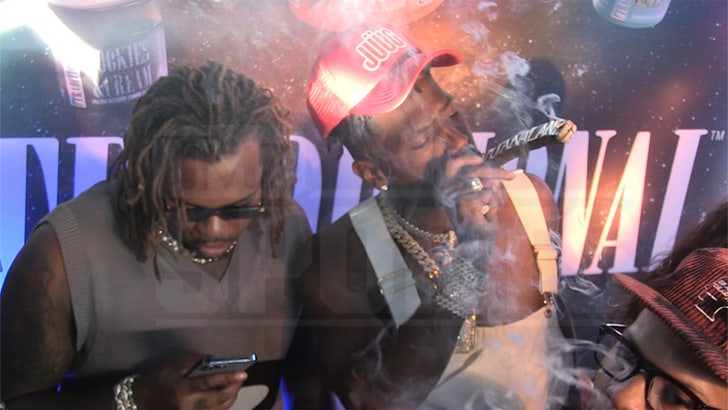 Antonio Brown had a REALLY good 4/20 ... the dude smoked a footlong blunt -- and then rapped for a huge crowd in downtown Los Angeles!!!

AB was out in DTLA at Traditional dispensary on Wednesday night for Gunna's new weed strain launch event -- and the free agent wide receiver was having the time of his life.

TMZ Sports got video of the 33-year-old smokin' weed and then hitting the stage to perform songs off his new album, "Paradigm" -- which a packed crowd in attendance loved. 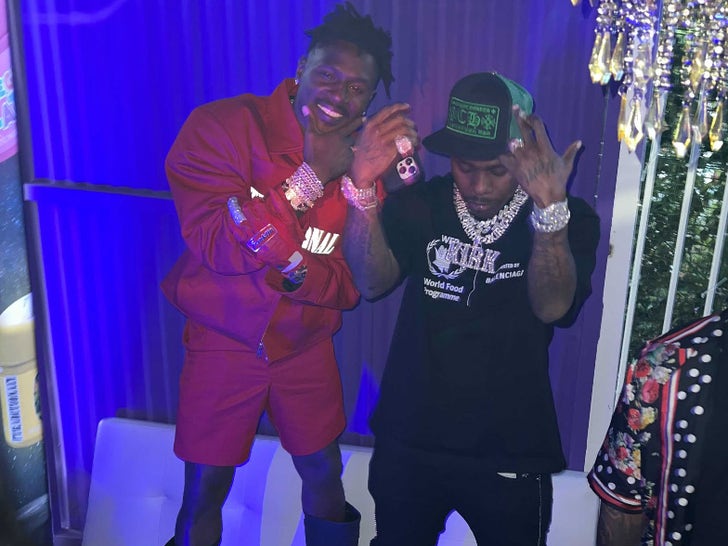 In video from the event, you can see Brown smoked several times (including once from a monster blunt) in between grabbing the mics -- and at one point during one of his songs, he even threw a bunch of money at the crowd. 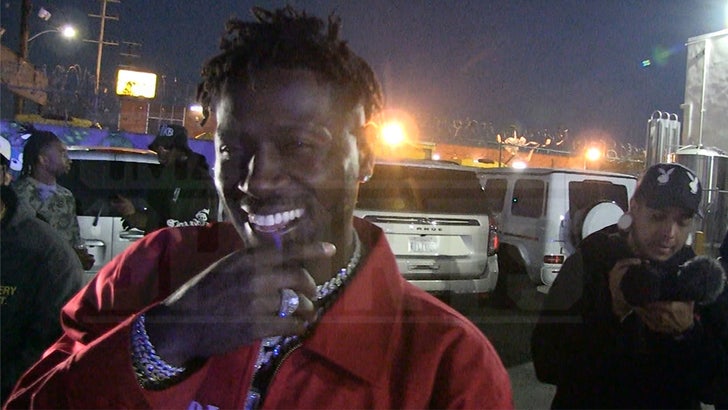 Brown spoke with us later in the evening ... and hinted that he's receiving interest from the Dallas Cowboys to continue his football career.

AB eventually ended the night by rapping his hit, "Pit Not The Palace," with a white mask over his face ... officially putting an exclamation point on a helluva 4/20.

By the way, if you were wondering, the NFL has laxed its policy on weed in the past couple years -- its threshold for positive tests has increased, and it's no longer suspending players who do test positive.

So, enjoy the holiday, AB! 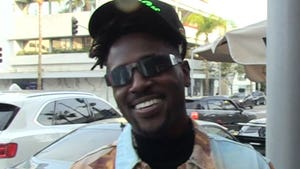 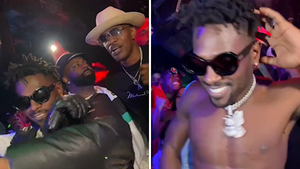