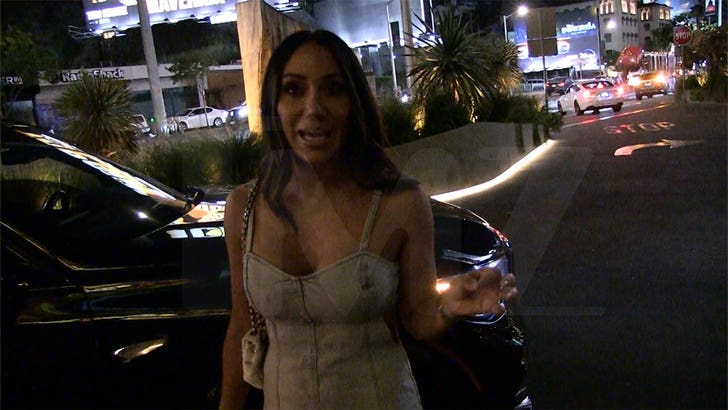 Melissa Gorga says she's on good terms with Teresa Giudice despite all the bad blood between her husband and her sister-in-law on the upcoming 'RHONJ' reunion show.

We got the 'Real Housewives' star leaving 1 Hotel West Hollywood and asked her about the state of her relationship with Teresa, who was seen arguing with Joe Gorga backstage in a preview for the reunion.

Melissa says all the fighting on camera doesn't change the fact she, Joe and Teresa are all family ... which to her means they're always on good terms. Seems blood is thicker than water for Melissa.

It's a pretty interesting response from Melissa ... considering she was on 'Watch What Happens Live' just last week, telling Andy Cohen she and Teresa haven't spoken since the reunion.

Still, it's clear there are lingering issues between Melissa and Teresa, which appear to come to a head during the reunion ... she tells us they don't speak to each other unless cameras are rolling.

The preview even shows Joe storming off the set after telling his fellow cast members, "I'm done, f*** you people" ... Melissa says it's a sign of how crazy the reunion show has become 'cause the men are now the ones walking off in a huff.

Teresa also accuses Melissa and Joe of "talking about my f***ing boyfriend" ... and Melissa tells us if she ever talks to Teresa's ex, Joe Giudice. 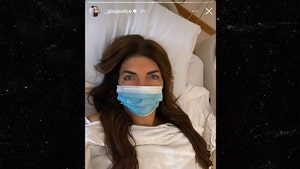