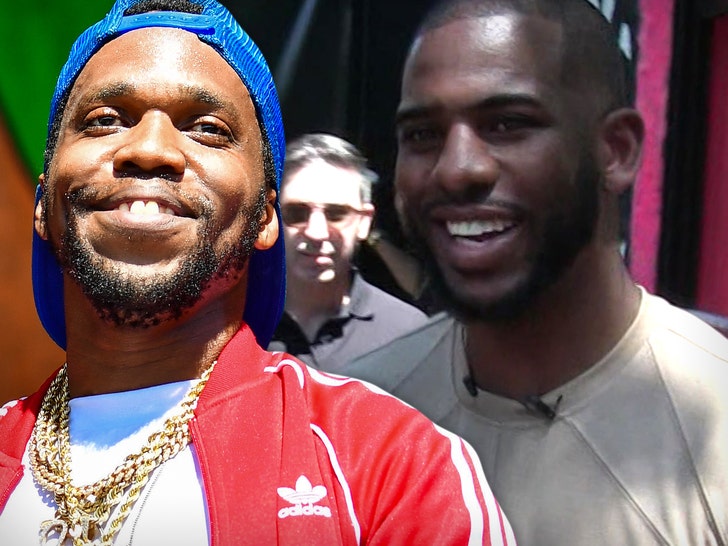 The NOLA rap legend was courtside Thursday night in his hometown to witness CP3 shoot a perfect 33-point game. Following the 115-109 victory, Chris still had enough energy to talk smack to Spitta and his manager Mousa in a viral moment on the sidelines.

The footage is hilarious … CP3 was still in go mode as Curren$y eventually playfully pushed him off.

Curren$y tells TMZ Hip Hop of the heartfelt moment "Chris was just talking s***," as they've been pals for a long time. Remember, CP3 started his future Hall of Fame career with the then-New Orleans Hornets.

Despite the loss, Curren$y says the playoff experience unified the city -- "The Pelicans put it all on the court for us and we filled the arena for them," Spitta continued. I feel like this turnaround season is definitely gonna be a booster shot to the season ticket sales."

Spitta's having a personal come-up in 2022, having dropped off 2 projects this year alone ("Land Air Sea" Chopped + Slopped reissue w/ Cash Fargo and "Continuance" w/ Grammy-Nominated producer The Alchemist) -- and recently blazed his way through a heralded Tiny Desk Concert ... dropped, appropriately, on 4/20. 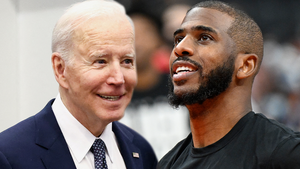 President Biden Appoints Chris Paul To Advisory Board For HBCUs 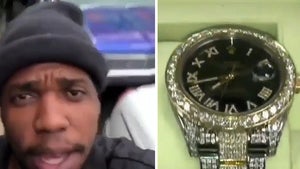