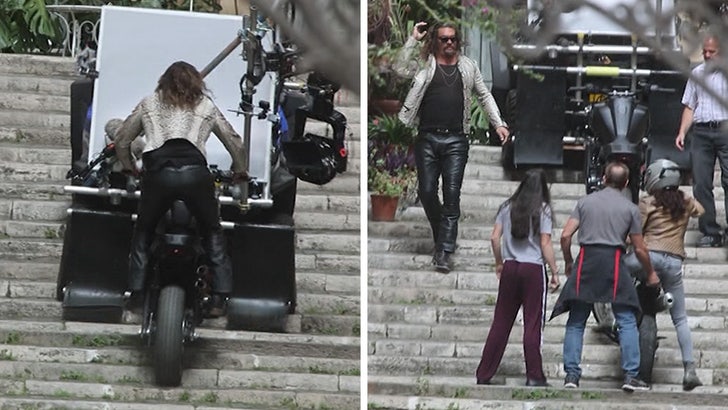 Jason Momoa is itching to play the villain in "Fast & Furious 10" ... practicing stunts on a chopper and showing off some serious muscle in the process.

Jason jumped on a hog that was attached to a camera and rode up a set of stairs in Rome. When he got to the top he strolled back down, removing his jacket ... revealing a tank top partially covering the endless muscle. 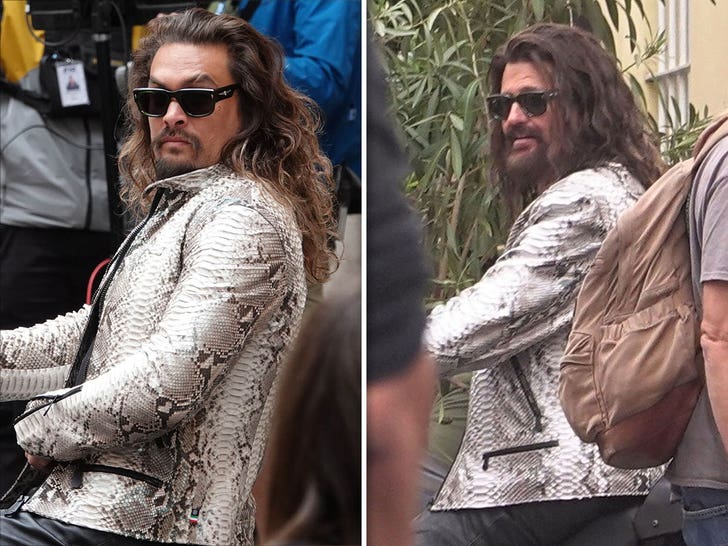 Jason's the newest addition to the 'F&F' franchise. It's a good time to be part of the franchise because the 9th installment last year did super well ... raking in $721 million worldwide. 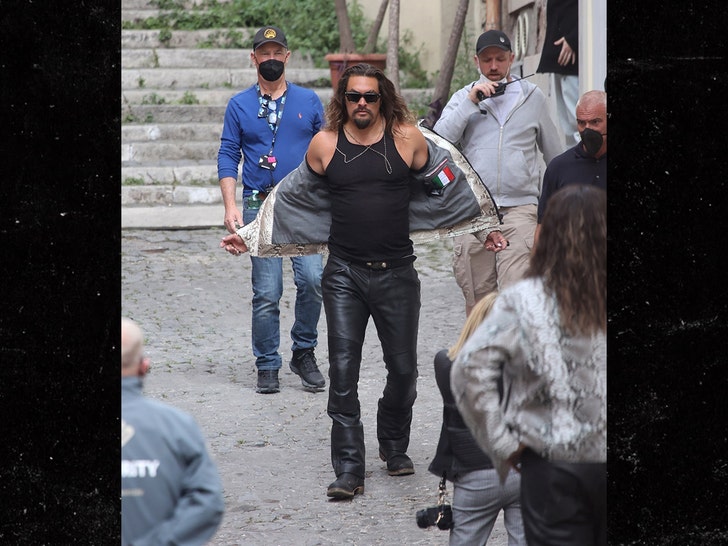 The franchise has an insane list of stars, including Vin Diesel, Charlize Theron, John Cena and Idris Elba.

The flick hits theaters a year from this month. With Jason as the villain, it's gonna be worth waiting for. 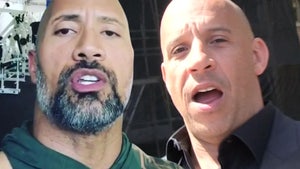