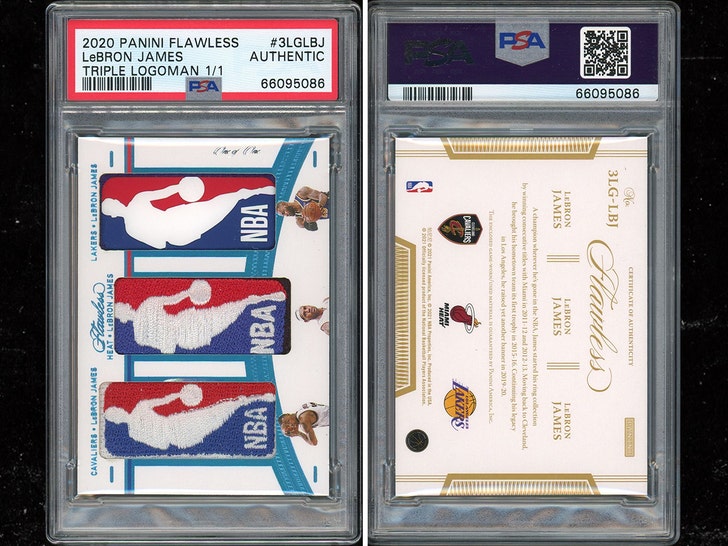 A one-of-a-kind LeBron James Triple Logoman card -- which many experts consider the most coveted modern collectible in the world -- is hitting the auction block ... and we're told it could sell for OVER $6 MILLION!!

TMZ Sports has learned that the card, which features 3 NBA logo patches from jerseys worn by the King, is expected to rival the all-time record of $6.6 million -- which a wealthy collector paid for a Honus Wagner T-206 card -- when it hits the block at Goldin Auctions on June 8.

Just the fact the Bron card is being talked about in the same breath as the T-206 Wagner -- considered the "Holy Grail" of trading cards -- is pretty incredible, but to think the Logoman could go for nearly $7 million is insane. 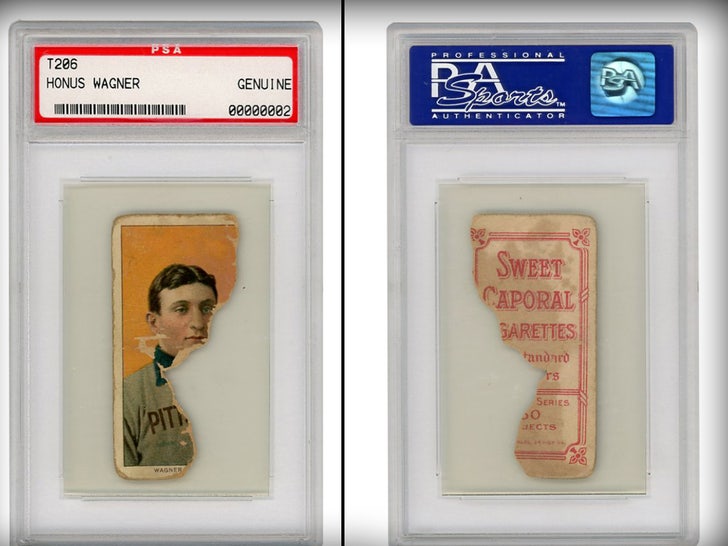 The three NBA logo patches on the front of the card come from a Cavaliers, Heat, and Lakers jersey ... each of James' three teams.

Triple Logoman cards are super rare ... only five were made by Panini as part of their 2020-21 "Flawless" collection. Only one LeBron TL exists.

The back of the card features a small certificate of authenticity ... and details LBJ's four NBA titles. 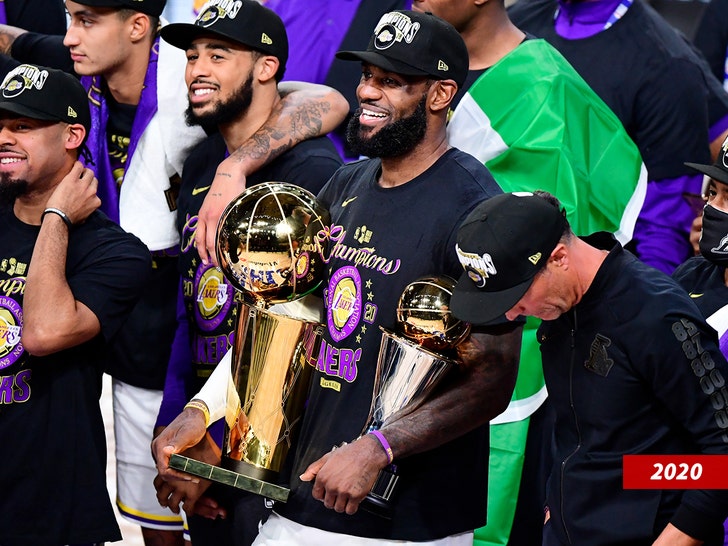 How badly do collectors want the card? Drake purchased 10 cases (at $46K each) as he attempted to track down the Triple Logoman Bron.

Drizzy -- who has gotten heavy into card collecting -- pulled several Michael Jordan rookie cards, but unfortunately, no dice on the LeBron. 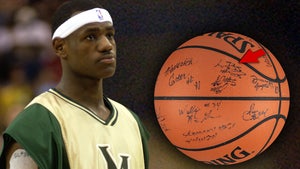 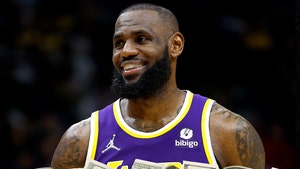