11:21 AM PT -- The photo agency which licensed the photos of Kourtney, represented they were taken Wednesday in Encino. We've spoken to sources close to Kourtney who tell us the photos are actually from several weeks ago, and she has not left the hospital since Travis was admitted.

Kourtney Kardashian clearly has a lot on her mind while husband Travis Barker battles pancreatitis in an L.A. hospital ... spotted out running errands in L.A.

Kourtney's solemn expression says it all, as she hit a store in Encino Wednesday dressed head to toe in Travis' DTA Records merch -- which appears to be the same outfit she was wearing when she took Travis to the hospital Tuesday. 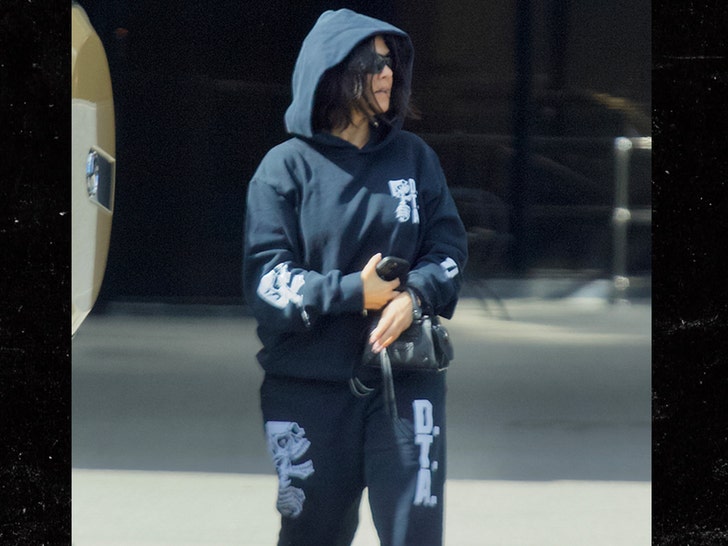 TMZ broke the story ... doctors believe a recent colonoscopy is to blame for the drummer's pancreatitis. The condition's symptoms usually include everything from severe stomach pain to nausea and vomiting.

It's currently unclear what Travis' condition is, but as we reported, his daughter posted asking fans for prayers just hours after Travis was admitted. 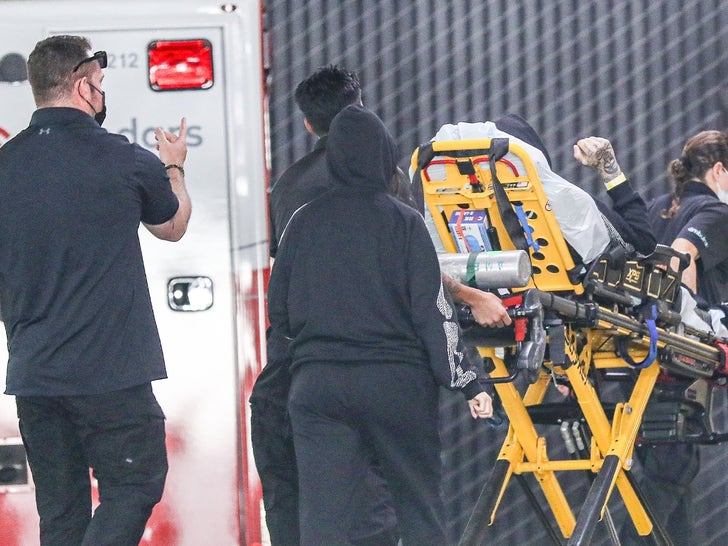 We know Kourtney was the one who first drove Travis to West Hills hospital Tuesday morning, and was by his side while he was transported by ambulance to Cedars-Sinai Medical Center later that day.