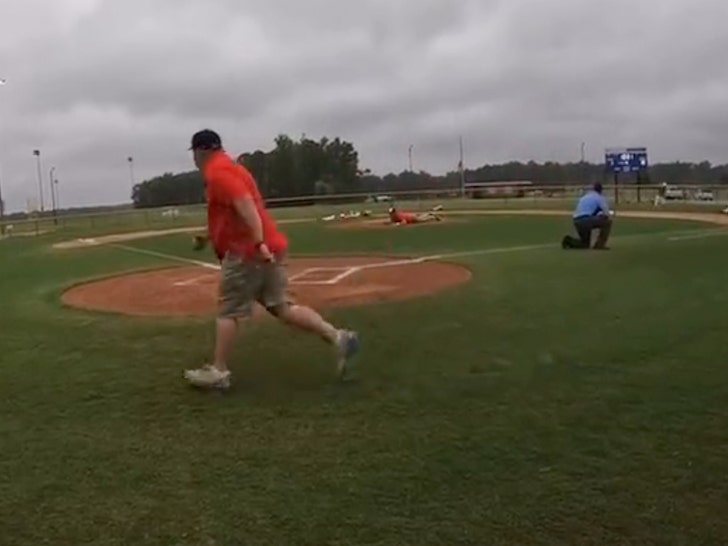 Horrifying moment on a Little League baseball diamond over the weekend ... gunshots rang out near the field, sending kids and coaches running for cover.

The terrifying scene happened on Sunday in North Carolina ... when South Durham's 8U Orange All-Star team and Wilmington's 8U Machine Pitch squad were playing at the Gillette Athletic Complex in Wilson, NC.

AGAIN: Children at a Little League baseball game in Wilson, North Carolina, had to run for cover from gunfire - some parents said they thought their children were targeted.

Video shows three gunshots -- appearing to be VERY close to the action on the field -- went off, forcing the 7 and 8-year-old players, along with coaches, umps, parents and spectators to hit the ground and sprint away in a panic.

Thankfully, cops say no one was hurt in the incident ... though, according to WITN, a minivan's window that was parked near the field was struck by the gunfire.

Despite everyone making it out physically unscathed, the two teams have since pulled out of the tournament -- with South Durham officials saying it was best for the kids.

"It was a terrifying situation for all involved," the team said in a statement. "Video shows coaches bravely covering players with their bodies and crawling off baseball fields."

"No child or parent should ever experience anything like this."

The Wilson Police Department, meanwhile, said in a statement that it is investigating the shooting ... but added there's currently "no evidence that this situation was an active shooter incident."

"The Wilson Police Department, at this time, has no evidence that anyone at the location was intentionally targeted by gunfire." 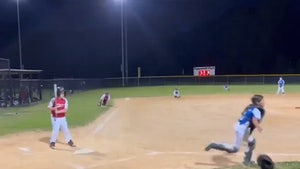 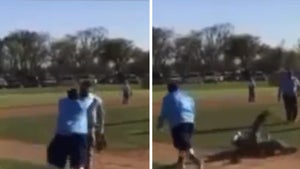 Youth Baseball Umpire Attacked By Coach After Call During Game