6:28 AM PT -- 8/10 -- A rep for Roulette Productions tells us, "'Oprahdemics' is a journalistic exploration by history professors and sincere, longtime fans of Oprah Winfrey. As independent producers, we feel it's important to have fun, approachable, and educational conversations about the cultural impact of Ms. Winfrey."

They continue, "This comes from a place of both deep admiration and critical thinking. Kellie and Leah are remarkable hosts. Roulette Productions produces 'Oprahdemics' and has been engaged with the team at Harpo for some time--while genuinely surprised by this, we hope to resolve it."

You can talk about Oprah, but don't go ripping off her signature logo -- that seems to be the message being sent by the media mogul herself in a new lawsuit.

The legendary talk show host's company, Harpo, has filed suit against a couple of up-and-coming podcasters who launched a series this year called "Oprahdemics" -- where they discuss all things Winfrey and go through their favorite TV moments in fine detail.

The two hosts are Kellie Carter Jackson and Leah Wright Rigueur, and Harpo is suing them and their production company, Roulette Productions, for trademark infringement.

According to the docs, obtained by TMZ, Harpo claims the women are specifically utilizing a giant "O" that Harpo says is just an attempt to create confusion as to whether Oprah is behind the podcast.

New episode about two ICONS and their evolving relationship. We talk all things Oprah and Beyonce with the brilliant @divafeminist. Out now wherever you get your podcasts!
🍎 https://t.co/lZPsRgAmC1
🎧 https://t.co/ECPfulyPXw pic.twitter.com/3NtSHAvBbk

In addition to their 15-plus-episode first season -- which seems somewhat successful in its own right -- Harpo says the co-hosts have hosted popular IG live chats, Q&As in NYC and have even gotten a plug on 'Good Morning America' ... all with branding Team Oprah says violates established trademark rights.

Harpo wants a judge to step in and block the women from building their podcast brand on the goodwill of Oprah and her company's trademarks ... but they're not seeking money in the lawsuit. 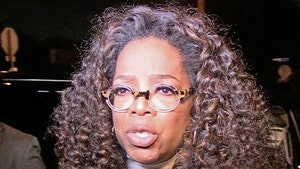 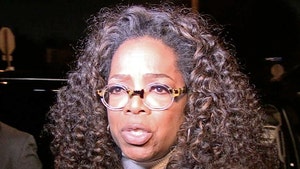