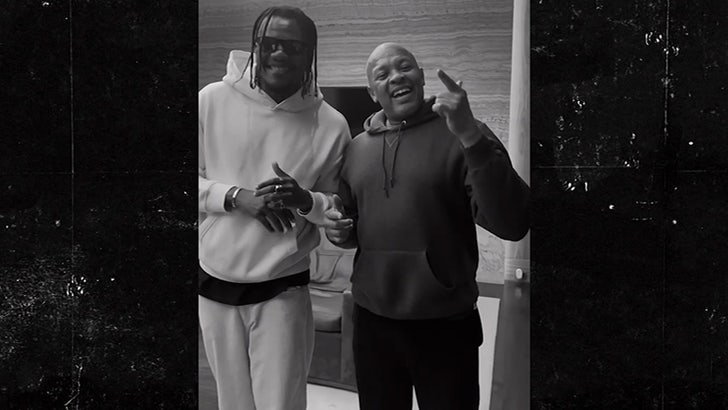 Dr. Dre and Diddy’s first-ever studio session brought out the best in everyone in the room ... especially an up-and-coming artist named Pheelz, who soaked up light-years of music wisdom.

Over the course of a pretty legendary night last week, Dre took a liking to the Nigerian singer and producer ... who gave Doc the nickname "Mayowa," which means "joy bringer" in his native tongue.

Pheelz tells TMZ Hip Hop, being within arms reach of Dre, Diddy, Jimmy Iovine and others in the studio that night was a sight to behold ... and he's sure the finished product will be a win for fans.

He says growing up in Nigeria, he developed a connection with Dre through his music ... which impacted his own producing career.

In 2020, Pheelz won Producer of the Year at the Headie Awards -- Nigeria's top hip hop honor -- and says by linking with Dre, his art is that much better following the studio session. 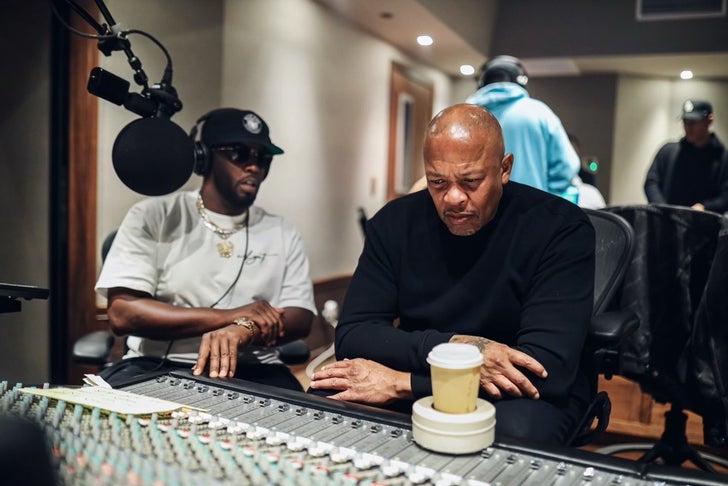 Talk about a night to remember ... Pheelz had a front-row seat as American powerhouses Diddy and Dre joined forces for tracks that will end up on Dre and Snoop's upcoming joint album.

Diddy and Dr. Dre Hit Studio for 1st Time Ever

Sources involved in the blockbuster recording session tell us Diddy took Dre's studio coaching to heart, and their chemistry began to build on the spot.

Pheelz has been slowly building his U.S. visibility and this iconic moment will go a long way to that end. He just released his Davido collaboration titled "Electricity" ... and is set to perform at the BMI Awards in Miami next week.

Just ask Snoop Dogg, Eminem, The Game, etc. A trip to the Doctor's office will work wonders for an artist's career! 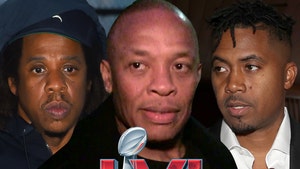