DaBaby and Tory Lanez are both under the impression their music is blackballed on streaming services -- but Russ says his expertise tells him it's highly unlikely artists are truly getting blackballed.

On Monday, the proud independent rapper posted a message related to the ongoing debate ... prompted by Akademiks and Apple Music's Ebro Darden's claims DaBaby and Tory are being silenced. 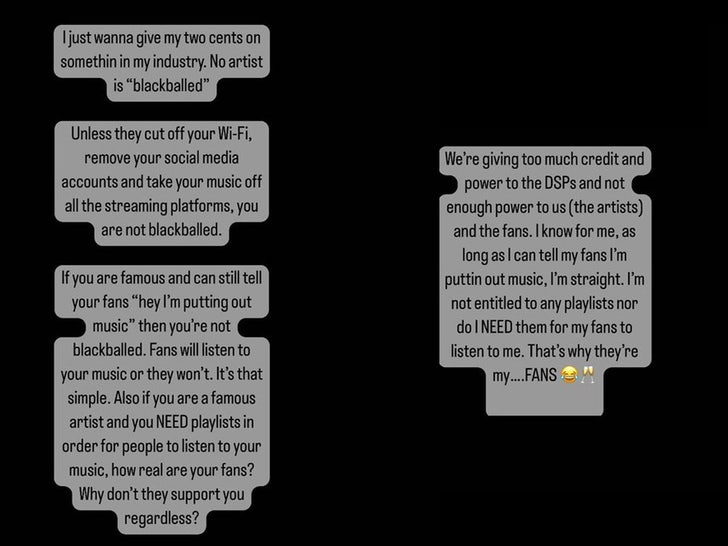 Both Tory and DaBaby recently released albums ... with DB pulling in dismal 16K units sales, down from the 120k his 2020 solo project sold in its first.

Tory's project was noticeably absent from all the top playlists but reached the top of Apple's album chart after being released last Friday ... which pretty much proves Russ' point.

Russ argues that unless an artist has all internet access cut from their fan's visibility, there's no blackball in place, noting how fans have the personal choice to push play or skip the music altogether.

The Diemon Records founder also tackled the notion that famous artists who need the editorial playlists to thrive don't have real fans as those listeners are only loyal to the platform -- which clashes with Tory's recent claim -- made on Ak's 'Off The Record' podcast -- that 80 percent of top artists' streams come from playlist support.

Akademiks and Ebro traded shots last week over claims DB was blackballed after Ak accused him of using his chief global editorial position at Apple to bury artists dripped in controversy ... namely DaBaby. 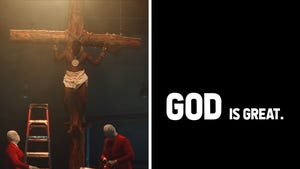