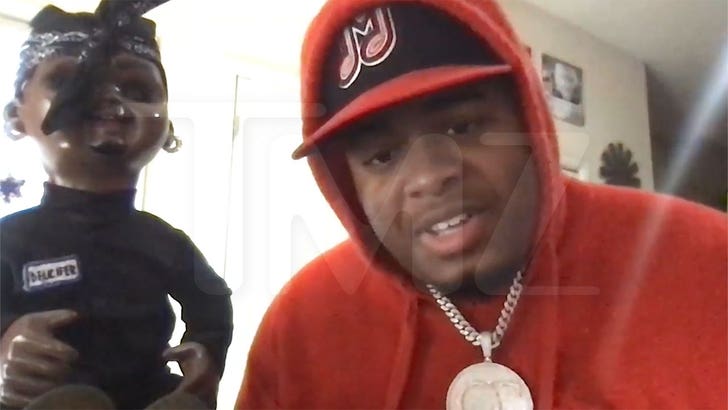 Halloween is just around the corner and Memphis rapper Duke Deuce is bringing the carnage ... with his new horror-themed mixtape "Memphis Massacre 3."

TMZ Hip Hop caught up with the Quality Control Music rapper on the hallowed eve ahead of his release -- one he's extremely proud of, considering he only used collaborators from his hometown Grind City.

Drumma Boy recently tripled down on the notion Memphis has surpassed Atlanta's long-running grip on hip hop ... and Duke agrees. He says there are plenty of superstars on the move -- Moneybagg Yo, GloRilla, Key Glock, Big Moochie Grape just to name a few -- and he adds ... social media has those artists and himself shining more than ever.

He does admit Memphis still has a little work to do in terms of infrastructure and popularity, but he's confident his crunk sound will create a ripple effect.

For this album, Duke is summoning power from his alter ego -- he says a doll he's dubbed "Deucifer" supplies all the dark energy used for the project. He's betting Deucifer will stir a little controversy in the space ... so, we'll just have to wait for the grand disruption.

Duke's been down with QC for several years now, and is starting to get recognition for his musical labor.

Earlier this week, he was honored by his Memphis alma mater high school ... where he received the Key to the School, was inducted into its Hall of Fame and got his own day. October 26 is now Duke Deuce Day on campus!!!

Crunk is now undead ... listen to "Memphis Massacre 3" above. 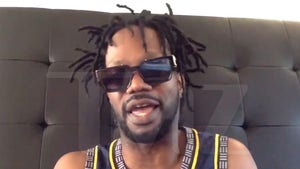 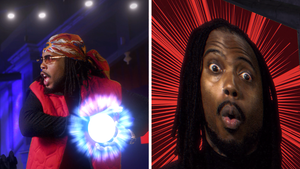