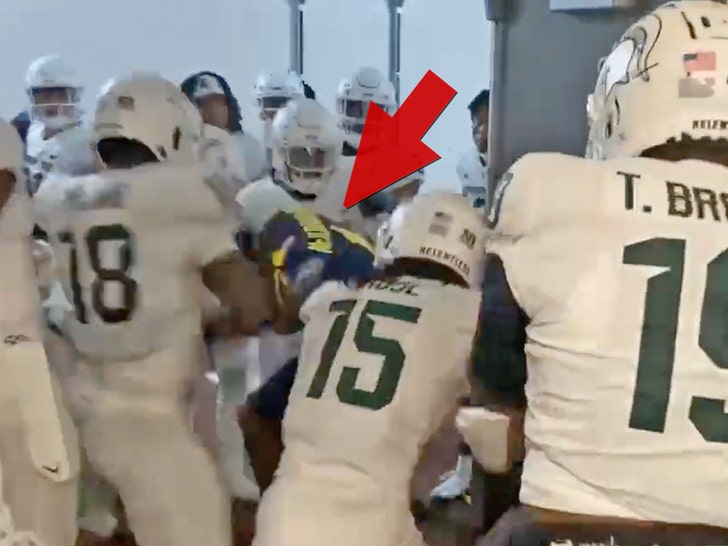 Malcolm Jones, Jacoby Windmon, Justin White and Brandon Wright have all been banned indefinitely, the program said in a statement Tuesday.

11:58 AM PT -- Gemon Green -- the other Michigan player attacked in the tunnel after the game -- has lawyered up ... and his attorney, Tom Mars, claims he suffered a concussion and other injuries as a result of the altercation.

"There has to be severe consequences for this kind of misconduct," Mars said in a statement to Sports Illustrated.

"I've got news for the MSU players who did this to Gemon. They are going to feel the full wrath of the law."

9:38 AM PT -- Jim Harbaugh addressed the incident with reporters once again on Monday ... calling it all "sickening" -- and telling media members he "can't imagine that this will not result in criminal charges."

"The videos are bad," the Michigan head coach said.

Police on Monday, meanwhile, said in a statement to TMZ Sports they have no new updates on the probe.

Four Michigan State football players have been suspended for their roles in a disturbing postgame brawl with a Michigan player ... and now, cops say they're investigating it all.

Several Spartans were seen attacking Wolverines defensive back Ja'Den McBurrows inside a tunnel at Michigan Stadium following a 29-7 loss -- pushing, kicking and punching the guy before ultimately letting him head into his team's locker room.

Footage of the scuffling pic.twitter.com/cipLWi5RBS

The scene was unnerving, the Michigan player appeared to be defenseless -- as the MSU athletes whaled on him for several seconds.

After reviewing it all, MSU coach Mel Tucker announced Sunday that four of his players who were involved in the ugly moment -- cornerback Khary Crump, linebacker Tank Brown, defensive end Zion Young, and safety Angelo Grose -- have been suspended indefinitely.

He said more punishment could be handed down as well ... particularly after other MSU players were seen in more video appearing to strike a different Michigan player postgame.

The 2nd Jumping harbaugh was referring to

Just kick them all off or suspend them pic.twitter.com/SWooBiVTLo

The University of Michigan Police Department said in a statement Saturday night it's launched an investigation into it all as well.

"Situations like these," a UMPD spokesperson said, "and the safety of the community, are taken very seriously."

Asked Jim Harbaugh about MSU’s players fighting a Michigan wide receiver in the tunnel. He called it an “assault” said AD Warde Manuel will be handing it with the authorities. pic.twitter.com/ilPMvyKhE4

As for the Wolverines, head coach Jim Harbaugh said following the game he believed two of his players had been "assaulted" -- and he urged authorities and officials to investigate it all thoroughly.

Michigan plays next against Rutgers on Saturday. MSU, meanwhile, will take the field against No. 17-ranked Illinois on Saturday as well. 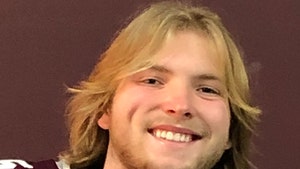 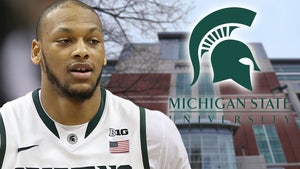