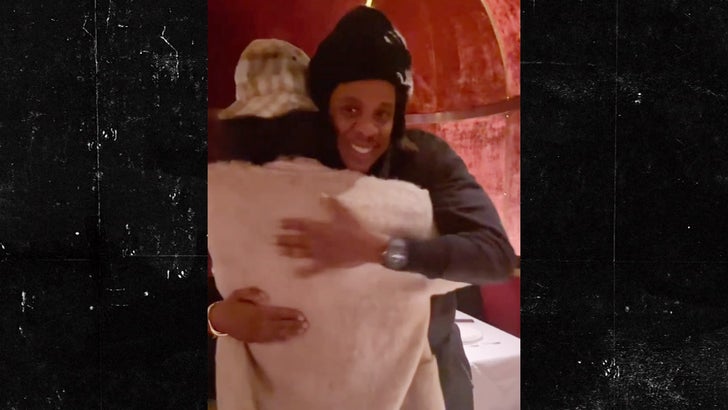 Ab-Soul’s having an eventful stay in NYC -- having a run-in with Jay-Z, and a cool courtside experience with Kevin Durant and co.

The TDE rapper inadvertently became part of the action Wednesday night as he watched the Brooklyn Nets play the Washington Wizards -- and he was NOT caught slipping in 4K when a loose ball bounced his way. 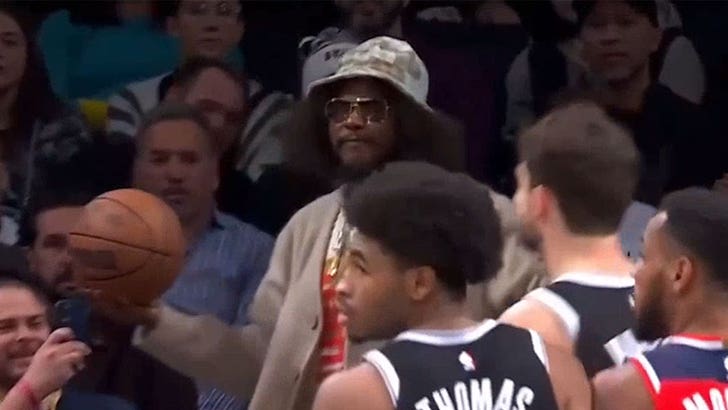 Soulo skillfully managed to catch the rock from his courtside seat and, most importantly, did not spill a drop of his drink!!!

Later that evening, still cool as a fan with a drink in hand ... he was surprised when Jay-Z greeted him as he walked into a lounge. Jay even proclaimed him the "young god" of rap!!!

The two later flicked it up in a booth, sparking collab rumors for Soulo’s upcoming album “Herbert,” which drops on December 16, but he still hasn’t unveiled his feature list yet.

TMZ Hip Hop reached out to TDE President Punch to see what, if anything, is in the works. We'll let ya know if we hear back.

Soulo famously spit he could "run laps around Jay-Z" on his 2012 single "Illuminate" with Kendrick Lamar .. so maybe he’ll get his chance now!!! 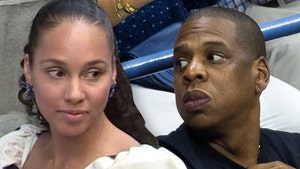