Jon Kitna was in a Florida court room on Thursday morning ... guaranteeing a judge that if his son was granted bail in his child pornography case, the former NFL star would make sure the 19-year-old returned for every required hearing going forward.

Jon, along with his wife, emphatically told the judge that Jalen would live with them in Texas ... as long as the Florida Gators quarterback was out on pre-trial release.

The former Dallas Cowboys signal-caller's testimony apparently helped his son ... as the judge ultimately set the younger Kitna's bond at $80,000. In making the ruling, the judge ordered that Jalen must not use the Internet and must not have unsupervised contact with minors.

Jalen appeared very somber during the hearing ... at times burying his head in his hands. He said little, except for when acknowledging questions from the judge.

Court records show the teenager has been formally hit with five felony charges in the case.

As we reported, Jalen has been suspended from the Florida football team following his arrest ... with the school saying in a statement, "These are extremely serious charges and the University of Florida and the UAA have zero tolerance for such behavior."

Jalen had played in four games for the Gators this season ... and was expected to start the team's bowl game later this month if Anthony Richardson opted out of it. 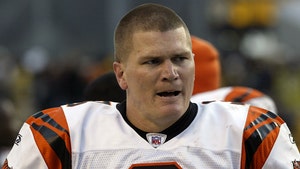 Jon Kitna Claims Bengals WR Was ‘Drunk’ During Game, ‘It Was Crazy’ 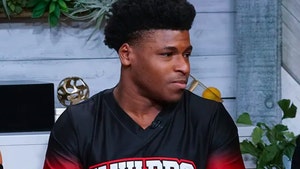