8:15 AM PT -- New video, obtained by TMZ Sports, shows the whole thing was, in fact, staged ... with Drew Brees revealing it was all an effort to make people aware of the gambling platform's "free lightning bets." 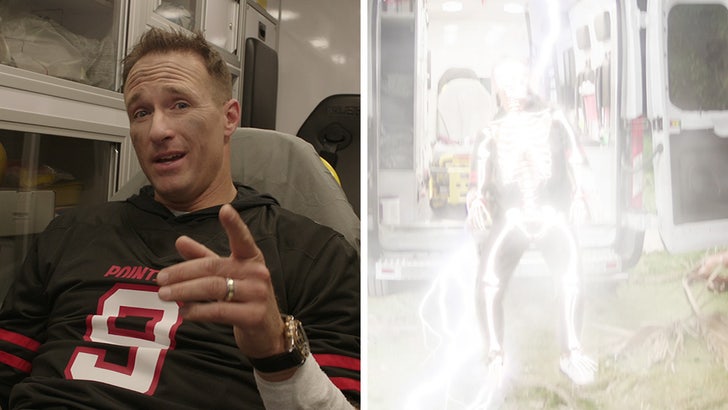 In the new footage, Brees explained the situation ... before joking again about being struck by lightning.

No, Drew Brees was not struck by lightning despite a scary video that appeared to show he was ... the NFL legend said Friday a bolt never touched him, and he's doing fine.

In the clip, which was apparently shot while Brees was filming a commercial for the sports gambling platform PointsBet in Catatumbo -- an area in Venezuela known for its consistent thunderstorm activity -- you can see a lightning bolt making a beeline for Brees' back.

The footage shows the bolt cracked onto the ground, sending the 43-year-old former football player and others scurrying away from the scene in a hurry.

It's unclear if it was all fake, staged or edited ... PointsBet refused to confirm or deny the situation in a statement released Friday morning.

"We are aware of the media coverage regarding PointsBet brand ambassador Drew Brees," the org. said.

"We are in communication with Brees' team and will continue to monitor events throughout the coming hours. At this stage we will not be making any further comment."

Brees, meanwhile, had tweeted earlier this week that he was "excited to be flying to a top-secret location later this week to shoot the new promotional video for @PointsBetUSA."

We've reached out to reps for Brees for comment, but so far, no word back yet. 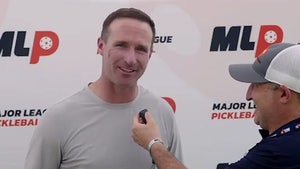 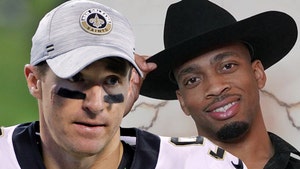