11:17 AM PT -- Bally Sports officials say Bob Rathbun's tests have all come back "very favorable" -- and he's "in great spirits." They added he's expected to be released from the hospital later Tuesday afternoon.

"Bob's health is of the utmost concern to Bally Sports and the Atlanta Hawks and he will return to the broadcast booth only after he is well rested and fully recovered."

Terrifying scene ahead of the Atlanta Hawks game on Monday night ... Bob Rathbun, the team's play-by-play announcer, suffered a frightening medical emergency while on air -- and needed to be rushed to the hospital.

Thankfully, however, the 68-year-old is now said to be doing better ... and is in "stable" condition.

Rathbun was previewing the Hawks' game against the Thunder for Bally Sports with Dominique Wilkins ... when he suddenly appeared to lose consciousness in his chair, and convulse uncontrollably.

WARNING -- THE VIDEO IS HARD TO WATCH.

Medical personnel raced to his side to tend to him before the cameras cut away.

According to Bally Sports officials, he was suffering from dehydration ... and was taken to a local medical facility. They added he's now both "stable" and "responsive."

Lauren Jbara filled in last-minute for Rathbun to call the game -- which the Hawks lost, 121-114. 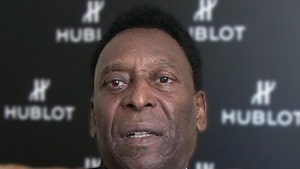