Shaquille O'Neal now has another potential nickname to add to his ever-growing list ... after Kenny Smith plowed him into a giant Christmas tree on the set of "NBA on TNT" on Tuesday night.

The scene was hilarious ... O'Neal was racing The Jet to the show's big board -- when Smith got a little too physical with the Hall of Famer.

Kenny got up underneath the 7-foot-1 Lakers legend ... and sent him flying into a massive tree.

Shaq stayed under the shrubs for a while -- giggling his face off -- while proclaiming he was all right. Eventually, his cohosts pulled him from the wreckage -- with huge smiles on their faces.

"All right, Kenny," O'Neal said after getting up from the pile of presents. "This means war, Kenny!"

As Shaq returned to his seat, you can see the dude was not only covered in pine needles ... but glitter as well!!

As far as we know, Shaq didn't get revenge on Smith later in the evening ... but the guys will all be together again breaking down basketball in just a matter of days. 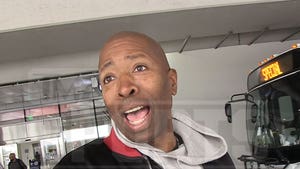 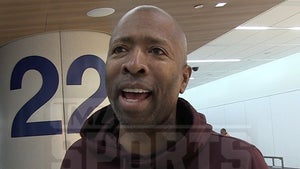 Kenny Smith Sides With Shaq In Twitter Beef, No One Wins Alone!