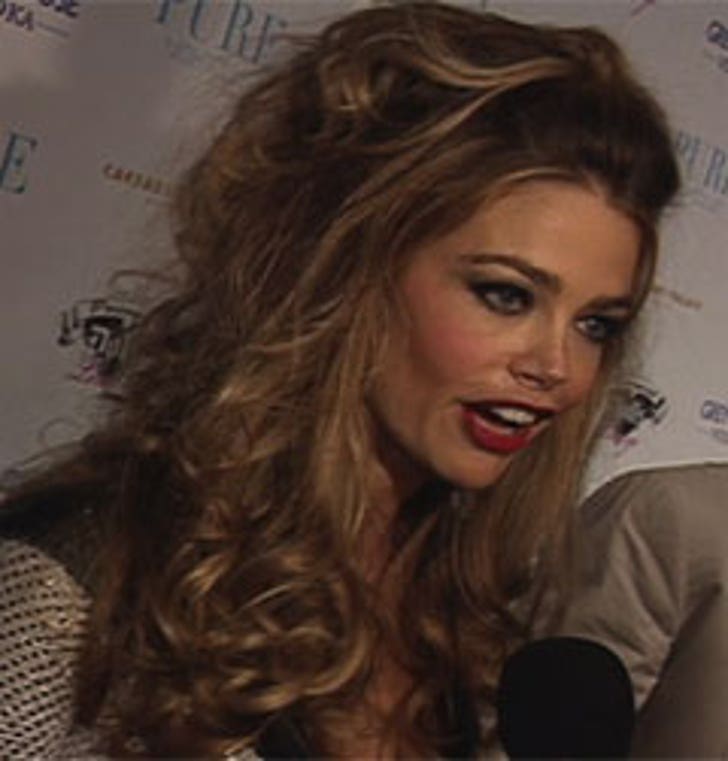 As everyone now knows, Denise Richards is in the midst of a messy divorce from notorious Hollywood bad boy Charlie Sheen and is dating Heather Locklear's estranged husband Richie Sambora.

In the September issue of Harper's Bazaar, Richards divulges some insight into the question everyone has been wondering: Why in the world would anyone marry Charlie Sheen?!

Richards reveals that despite knowing Sheen for two years "we didn't date long, and that was a big mistake." Denise admits she fell in love even though she "couldn't comprehend" his sordid past.

Despite being accused of stealing Locklear's, her former best friend's, husband, she says their friendship ended prior to hooking up with Sambora and was "not salvageable."

And even though Denise claims she wasn't looking to fall in love, she says "when Richie and I got together, I couldn't pass it up."

Now Denise is focused on raising her two daughters and raising awareness for kidney cancer, which her mother suffers from.

We imagine avoiding running into Locklear is also a priority.