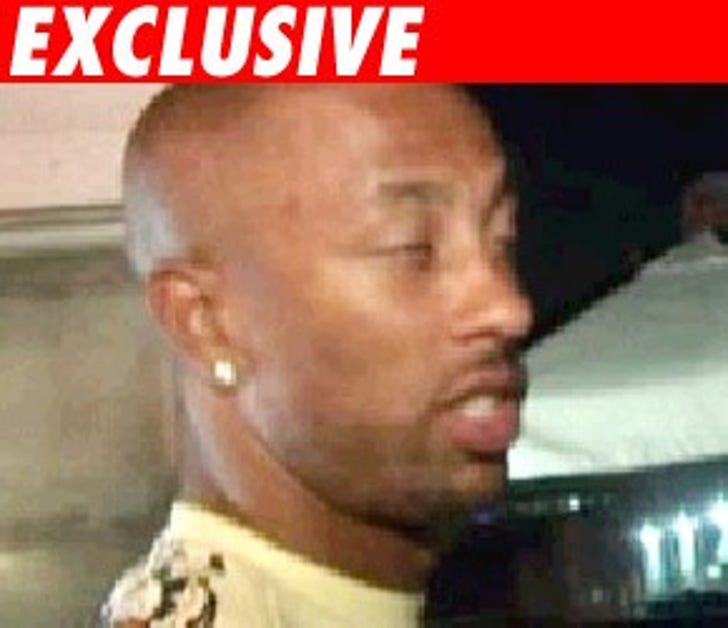 A shocking lawsuit just filed ... a woman claims the father of her unborn baby -- an NFL star -- conspired to brutally beat her up.

Sharri Henry alleges last May, when she was four months pregnant, Jacksonville Jaguars wide receiver Dennis Northcutt got his cousin to "maliciously assault, beat, strike and batter Plaintiff, her face and head with great force and violence ... causing severe and permanent disfigurement to her face."

We've confirmed Henry filed a report with the LAPD for the incident that allegedly went down outside Falcon Club in Hollywood on May 17.

BTW, Northcutt just inked a $17 million contract with his team.

UPDATE: IT JUST GOT CRAZIER. Northcutt's sports agent, Jerome Stanley, told TMZ, "This was nothing but a desperate shakedown by a jilted ex-girlfriend who is claiming to be pregnant with his child." Stanley says Henry is upset because Northcutt dumped her for another girl. As for the assault, Stanley says, "She verbally antagonized the guy who hit her." He says Northcutt knew nothing about the attack until after it happened.

Henry's lawyer, Loyst P. Fletcher, just gave TMZ the following statement: "Mr. Northcutt and his entourage, which included his current girlfriend, were apparently angry that Ms. Henry refused to abort a child that she believed he fathered. Words were exchanged and a member of that entourage, whom we believe is Mr. Northcutt's cousin, viciously attacked Ms. Henry." She's now 7 months pregnant.