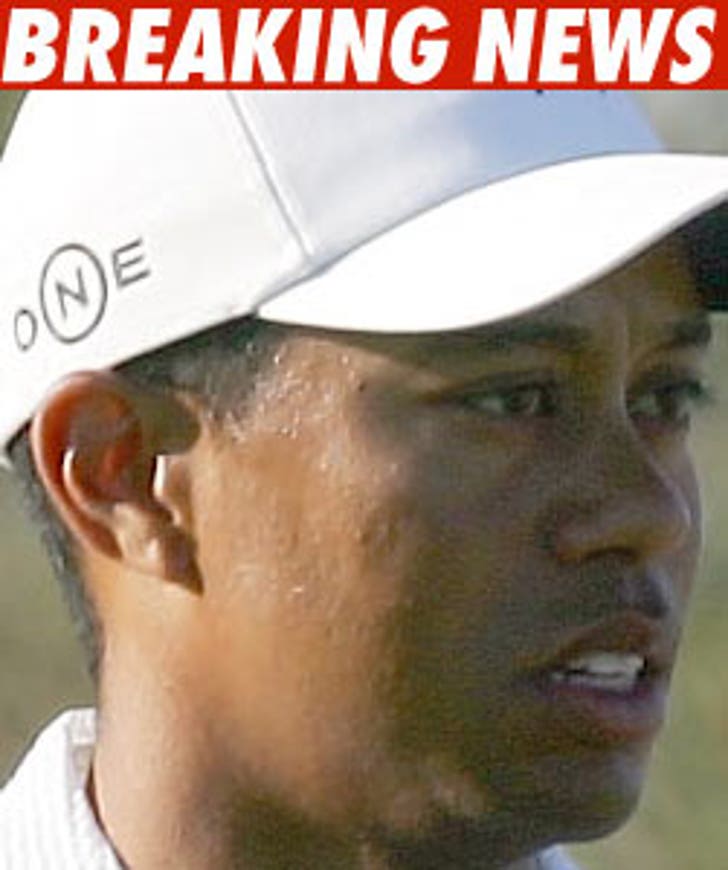 It looks like Tiger Woods has been boxed into a corner and his best friend, now, is time -- because he's again refused to meet with the Florida Highway Patrol about the incident with his wife early yesterday. Tiger may well be waiting for the telltale wounds to heal.

Woods' agent told the Florida Highway Patrol Tiger and wife Elin Nordegren would not make themselves available to speak with authorities today about the incident that left Tiger with lacerations and one less fire hydrant on his block.

We know the Highway Patrol is suspicious of the wife's account ... that Tiger just drove off and hit a fire hydrant. She told the first officer on the scene from the Windemere PD that she went inside the house after the crash to get a golf club and then hit the car in an attempt to free her husband. But we know she told a very different story subsequently to the Highway Patrol.

As we first reported, Tiger told a friend that his wife went ballistic at around 2:00 AM yesterday and scratched his face up -- all because of reports he allegedly had cheated on her. He left the house, started driving away and she attacked the SUV with a golf club, Tiger told the friend. He got "distracted" and hit the hydrant.

If Tiger and his wife acknowledge she scratched him up, she could be arrested for domestic abuse. And, as we first reported, Tiger told his friend he had been taking prescription painkillers and that was why he seemed out of it after the crash. Although we're told there was no alcohol involved (and that seems to be the case), driving under the influence of painkillers could be a problem, if it's provable.

By the way ... one of the things the Highway Patrol wants to see is the marks on Tiger's face, and whether they are consistent with scratch marks or impact on a car. As we reported, there was no blood on the steering wheel, making the accident scenario suspicious. But if the marks indicate a human touch and they last for a few days, we're guessing Tiger will not show up at his golf tourney on Thursday.