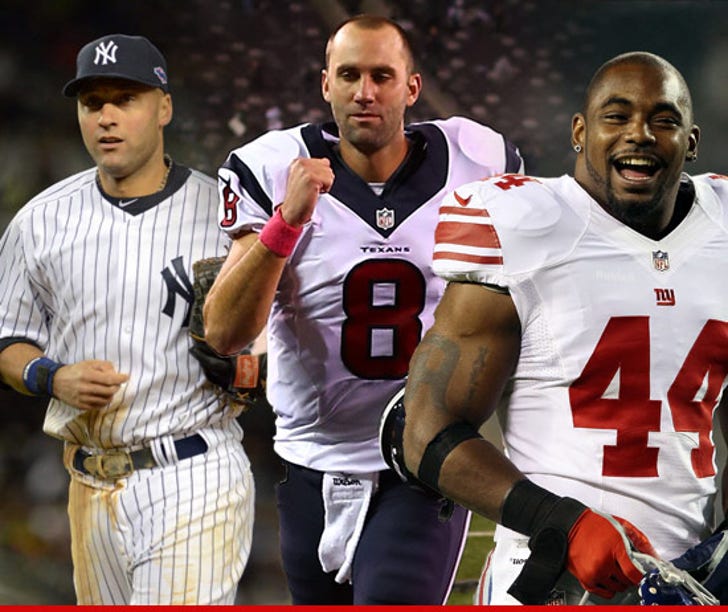 Derek Jeter made the RIGHT MOVE by trusting his busted ankle to Dr. Robert Anderson ... so says two NFL superstars who tell TMZ Anderson was able to bring them back from some MAJOR foot injuries.

We spoke with Houston Texans QB Matt Schaub ... who went under Anderson's knife over the summer to repair Lisfranc injury (displaced bones) in his right foot.

Schaub tells us ... "Jeter is in great hands ... Dr. Anderson is the best in the business at what he does."

In fact, Schaub says Anderson exceeded his expectations when it came to recovery time -- "Everything was on schedule, and even ahead of schedule."

Schaub also had some words of wisdom for DJ -- "[Jeter] should follow all procedures that he's told and don't worry about anything ... [he] will be even better after the procedure than he was before going in.”

New York Giants running back Ahmad Bradshaw says he also owes his career to Dr. Anderson -- telling TMZ the doc was able to treat him for multiple foot injuries ... and he hasn't lost a step.

"I had the greatest experience ... his staff around him is top of the line ... but to have the best doctor in the world, it's even more comforting."

So far, the extent of Jeter's ankle injury is unclear -- but he's scheduled to undergo surgery Saturday in Charlotte, NC. 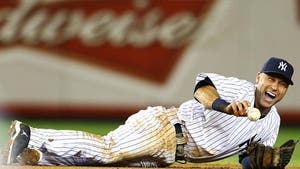 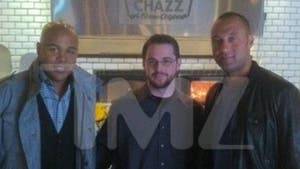 Derek Jeter -- Orders 'Bronx' Take Out for Game in Baltimore