Chris Brown may have some explaining to do ... for a guy who says he didn't do anything wrong in the brawl with Frank Ocean ... why is his punching hand in a cast?

Chris emerged from his house Tuesday in a hard cast over his right hand, covering his knuckles.

As we previously reported, Ocean claims his hand was also injured in the brawl at the famous Westlake Recording Studio in West Hollywood Sunday night -- the same place where Michael Jackson peacefully recorded "Bad."

Although we know Chris' version of events is that he did NOT throw the first punch, an eyewitness who spoke with TMZ says he initiated the attack with a swing.

It's worth noting ... no one has signed Chris' cast. 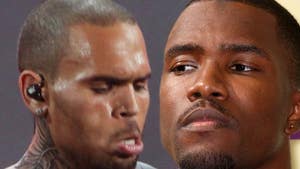 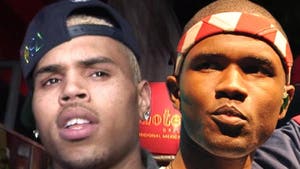