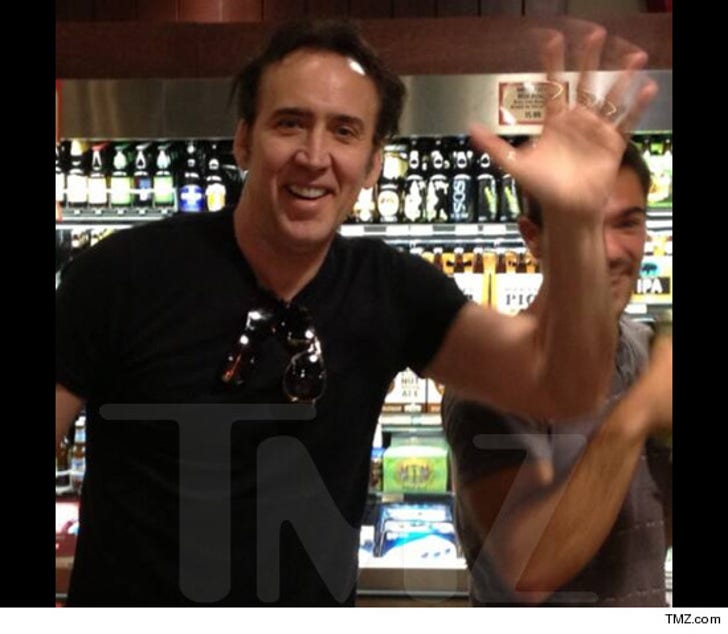 Nicolas Cage is a man of mystery ... which is why we have NO EXPLANATION WHATSOEVER for the extra pair of sunglasses he was wearing around his neck last week.

The photo was taken inside a supermarket in Alabama, but other than that ... we got nothing. For what it's worth, he's down South for a new movie (and no, he does NOT play a four-eyed mutant).

Maybe he was holding the sunglasses for a friend, maybe he's got a second pair of eyes somewhere on the back of his head ... the world will never know.

Still ... it's not that weird considering everything else Cage has done in his life ... such as collecting shrunken heads, owning cobras, buying a dinosaur skull ... and oh yeah, the pyramid tomb.