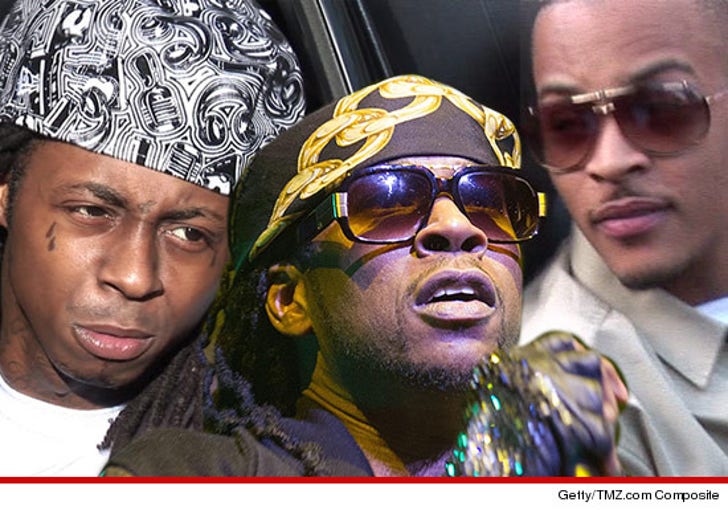 12:25 PM PT -- A rep for T.I. tells TMZ, the incident did NOT occur on T.I.'s bus ... in fact, the rapper was not even aware of the incident. Which leaves two other possibilities.

More drama for the Lil Wayne/2 Chainz/T.I. tour buses -- law enforcement sources tell TMZ, a female fan says she was invited on board one of the vehicles after the show in OKC this week ... and an entourage member punched her in the face, breaking her jaw.

The alleged attacker isn't named in the police report -- but the victim says her jaw was broken in two places ... and the damage is so bad she required surgery to repair it, and her jaw is now wired shut for six weeks while it heals. The victim says she'll be on a liquid diet for the entire time.

Here's the story ... the victim told police, the unidentified entourage member had been hitting on her during the concert ... and invited her on board one of the rappers' buses after the show.

The victim says she took the guy up on his offer -- but when she showed up with her girlfriend, he stuck his hand down her shirt and grabbed her breast.

The victim says she slapped his hand away and he turned around and punched her in the jaw, sending her flying out of the bus door. She says she landed on her back on the pavement with blood pouring out of her mouth.

According to the police report, the entourage member ran off, and the victim was taken to the hospital.

A rep for the Oklahoma City PD tells TMZ, the incident is under investigation. So far, no arrests have been made. 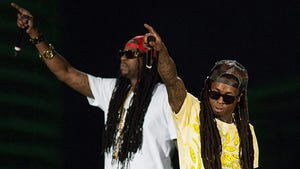