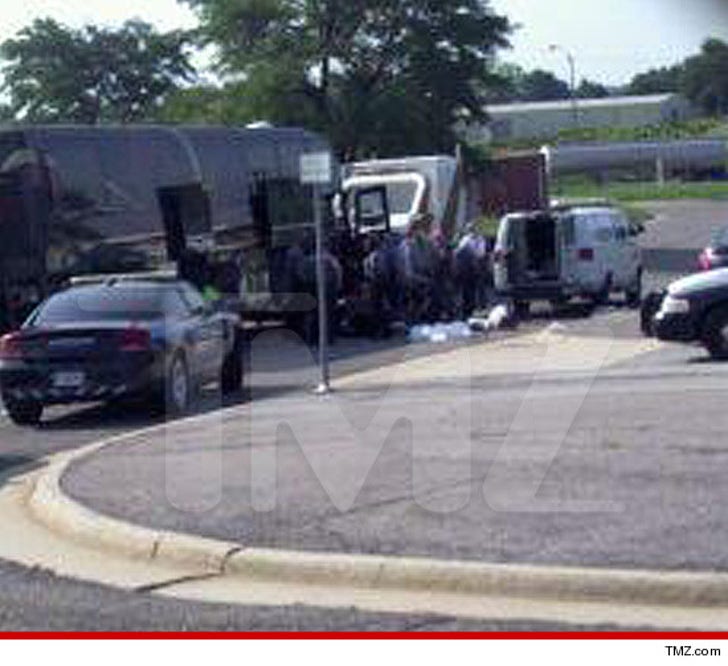 NEWSFLASH: holding up a copy of the U.S. Constitution in a cop's face will NOT stop him from arresting you -- at least that's what one of 2 Chainz' entourage members learned last week, shortly before he and the rapper got busted.

As we reported, 2 Chainz and ten other people on his tour bus were all arrested last week following a concert in Oklahoma City ... after police accused them of smoking weed on board.

You'll recall, cops pulled over 2 Chainz' bus because of a busted taillight, but upon approaching the vehicle ... cops say they smelled pot and attempted to search the bus.

But the driver refused to let cops on board -- and according to the police affidavit which was just released, one of the bus' passengers actually held a physical copy of the U.S. Constitution against the bus window ... "as if challenging officers" with his civil rights.

Fact is: the police DID have probable cause to enter the bus because they smelled pot and saw smoke inside ... but the rapper and his entourage decided to assert their non-existent civil liberties anyway.

In the end, officers towed 2 Chainz' bus and its passengers to a police lot -- where it sat for hours while cops obtained a search warrant -- and everyone was eventually arrested, 2 Chainz included.

The United States Constitution ... it doesn't work that way.