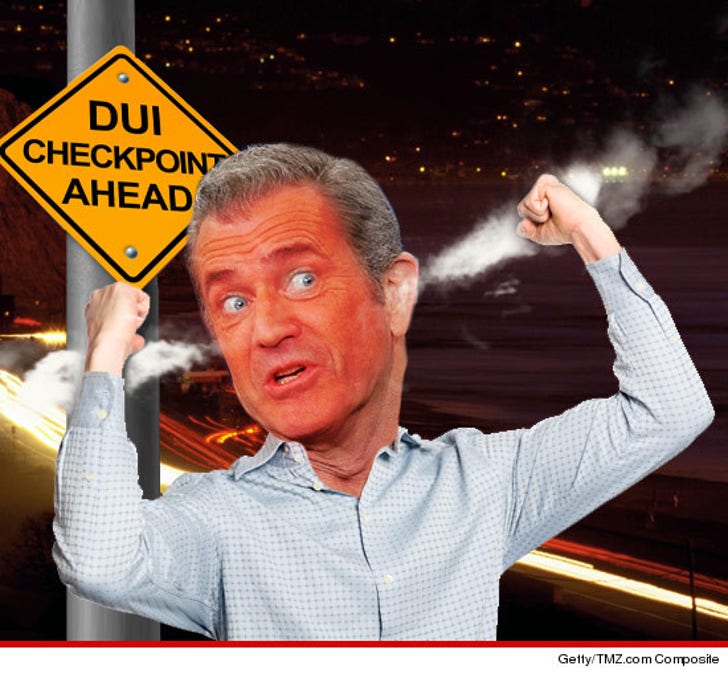 Mel Gibson had an angry encounter with Malibu cops last Saturday -- the good news ... he was sober and left the Jews out of it.

Law enforcement sources tell TMZ ... just after 1:00 AM Mel and a female passenger rolled up to a DUI checkpoint on Pacific Coast Highway -- the same road where Mel was famously busted for DUI in 2006 -- where he ranted against the Jews.

We're told deputies asked Mel if he had been drinking. He said no and cops had no reason to suspect otherwise.

But there was a problem ... Cops asked Mel to produce his license, and Mel didn't have it on him. At that point deputies told Mel to go to a secondary screening spot, and that's when Gibson got angry. We're told Mel yelled, "Why are you harassing me?" Deputies asked why Mel was screaming and he responded, "I have had problems with you Lost Hills [Malibu] deputies in the past."

Things cooled down when deputies let Mel off with a warning.

Mel drove off and did not blame deputies or Jews for the whole Syrian thing.