Blake Griffin had it bad for his baby mama Brynn Cameron's brother ... and the NBA star even filmed a video to prove it.

A little background: Brynn's bro Jordan Cameron was a standout tight end for USC football back in 2011, and for some reason, Blake really really wanted to make sure Jordan got drafted by an NFL team.

So ... Blake filmed a hype video (and homage to Mars Blackmon) for Jordan -- co-starring Jordan -- before the draft.

Guess it worked ... the Browns picked Jordan -- mazel tov -- but did Blake only agree to shoot the hype video because he was banging Jordan's sister at the time? We can't say for sure (probably).

As we reported, Brynn JUST gave birth to Blake's child in August. They're no longer dating. 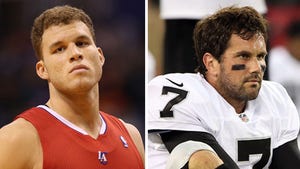 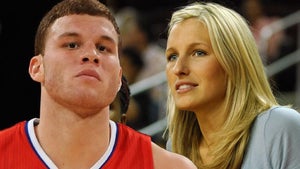 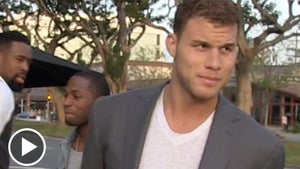 NBA Superstar Blake Griffin -- What Is He Anyway?