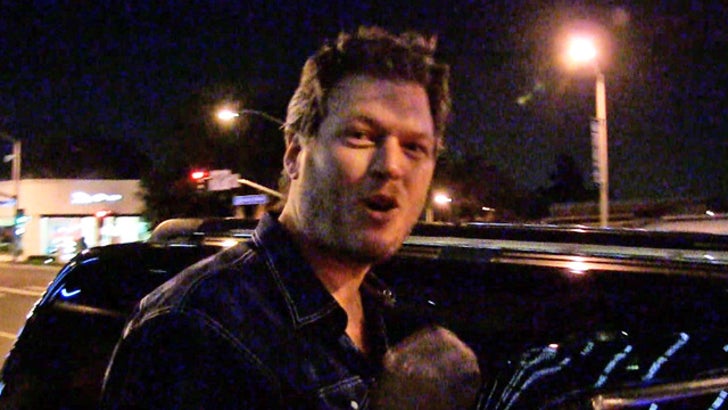 Blake Shelton exercised his oral skills on his way out of a West Hollywood nightclub, urging the Westboro Baptist Church to wrap its head around his.

Blake was clearly tipsy as he left Usher's birthday bash at Bootsy Bellows nightclub ... but he was lucid enough to go after the hateful group that has urged a boycott of his concerts -- repeatedly saying the "Church" could "BLOW ME."

Members of the cretin org have beef with Blake, because he supports gay rights -- tweeting about his recent song, "Ya the boys 'round here think it's ok to be queer." They're also attacking Blake for having an affair with Miranda Lambert while he was still married.

Good thing to know Blake practices safe sex ... hate is not an STD.

(Harvey wrote that last line ... we don't get it either.) 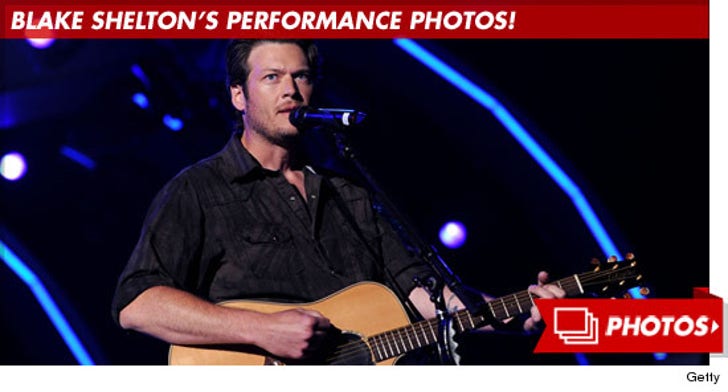 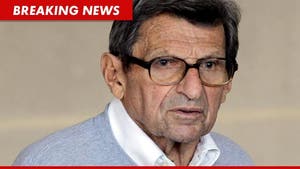 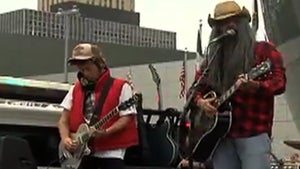 Foo Fighters -- Turning the Tables on the Westboro Baptist Church 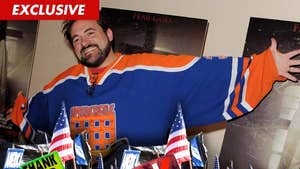