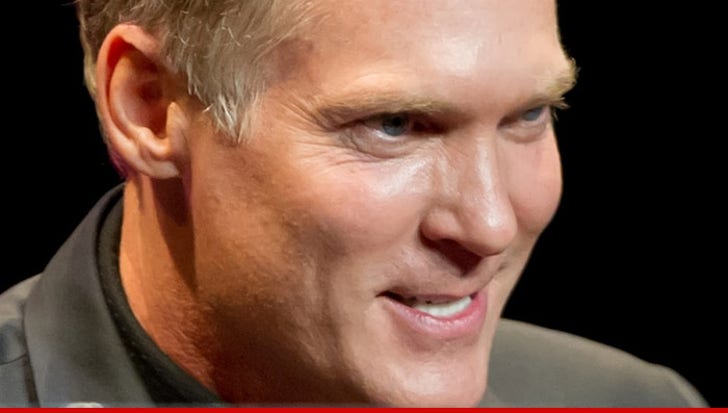 Sam Champion is leaving ABC's "Good Morning America" partly because he and his hubby want to start a family and partly because of his thirst to become a honcho ... ABC sources tell TMZ.

Our sources ... who are extremely familiar with the situation ... say Sam has been chronically unhappy at GMA. We're told he wanted his own show -- badly-- but ABC execs weren't biting.

So, Sam jumped to the Weather Channel (which is co-owned by NBC), where he will anchor the network's new flagship morning show and also serve as managing editor.

Our sources say Sam wanted to be the one who replaced Larry King at CNN and he was shocked when he wasn't tapped. As one source put it, "Sam loves power, and becoming managing editor (of the Weather Channel) gives him that."

Oh, by the way, our NBC sources say Al Roker -- NOT a Sam fan -- is "pissed" his Weather Channel show will be Sam's lead-in.

Another reason Sam bailed from GMA is that he and his husband want kids and the hubby refuses to leave Florida (GMA is in NYC).

We're told Sam will be spending about half his time in Miami so the kids will know his face in person and not just on the tube. As for moolah, we're told its a lateral move. Our sources say Sam was pulling in around $2.5 mil at GMA and he'll be making around the same at the Weather Channel.