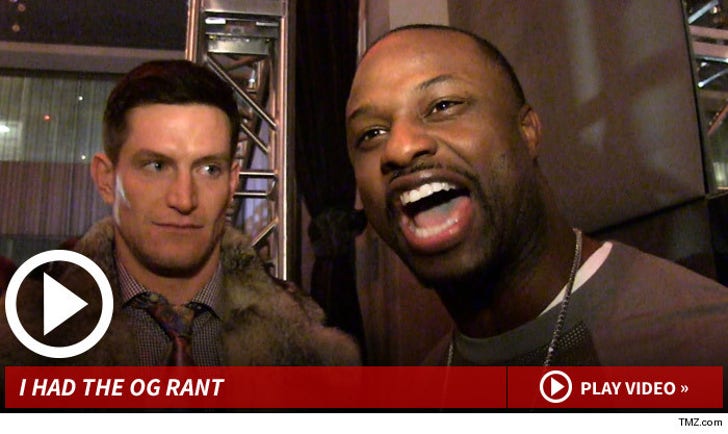 Scott was hanging out with NY Giants kicker Steve Weatherford at Jay Glazer's Super Bowl party at Pranna in NYC ... when they told us why Scott is the undisputed post-game screaming champion.

If you remember, Scott WENT OFF after the Jets beat the Patriots in a crazy playoff game ... and Bart UNLEASHED, trashing his critics and the Patriots defense ... before capping it off with what became his catchphrase.