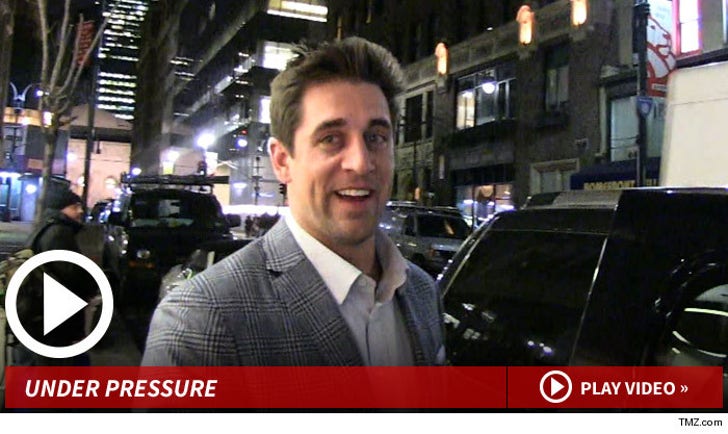 Bad news for anyone hoping to make a bet with a guy who doesn't pay up ... 'cause Aaron Rodgers says his days of making friendly wagers on football games are officially OVER.

The Green Bay Packers QB was leaving Benjamin Steak House in NYC (he likes his steak "medium" btw) ... when we asked him if was planning to take any "friendly" action on the Super Bowl.

You know ... like the jersey bet he made with the guys from Boyz II Men last season (Aaron lost the best but refused to wear a 49ers jersey, as he had agreed to do ... cluck cluck cluck).

But last night, Aaron shut down the idea of making any more bets on football EVER AGAIN.

As for Boyz II Men, the guys told us they forgive Rodgers for bailing on the bet ... but they will never forget.